Democrat Republik of Illinois Stiffs 8,000 Businesses to Whom It Owes Money, Including Funeral Homes and Plumbers

President Obama's home state -- the People's Republik of Illinois -- is maintaining its stellar record for fiscal irresponsibility by stiffing vendors -- especially small businesses and charities -- to whom it owes billions.

...In Illinois, you’re never too big or too small to get stiffed by the state, which is $4 billion behind in its bills.

International Business Machines Inc. is owed $1.1 million. Office Depot Inc. (ODP) is waiting for a $660,955 check. And the 17th Street Bar & Grill in Sparta is due $340.52. They are among at least 8,000 vendors including businesses, charities and government agencies waiting months for the state to pay up. At least 114 companies are due more than $1 million... 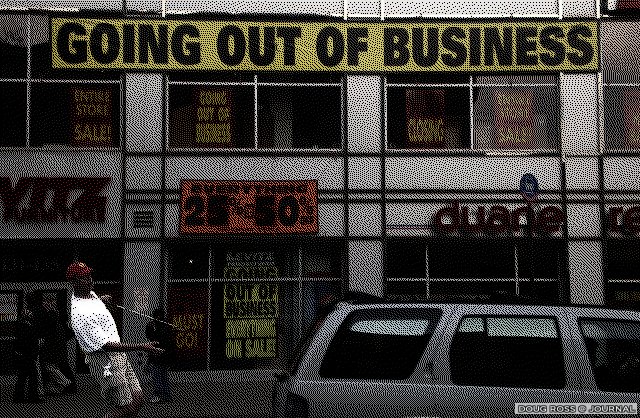 While states periodically fall behind in paying Medicaid providers or, in the case of California, rely on bank loans and IOUs, the Illinois backlog has been growing for three years... forcing some vendors to fire workers, cut services and, if they can, obtain loans and lines of credit to keep their businesses going while the state takes months to pay.

...In January, lawmakers approved increases of 67 percent in the state income tax and a 46 percent in the corporate income tax. Those, however, weren’t sufficient to cover the backlog, and the bills will be passed onto the fiscal year that begins July 1... They include $5.5 million owed Wright Express Financial Services Corp., for gasoline credit-card charges; $1.4 million for Xerox Corp. (XRX); $11,300 to a downstate restaurant, La Roma Pizza in Canton; and fees for burying the indigent dead to almost 100 funeral homes.

...Delayed payments are also affecting hospitals, universities and public-school districts... Help at Home cares for about 14,000 Illinois senior citizens. Ford said his company is fortunate because it is large -- it operates in 10 states -- and has access to credit. He said he is compensating by billing other governments more quickly... “Other states are carrying the Illinois burden,” Ford said.

Small businesses and charities have been hit hardest by the Democrat-controlled state's fiscal mismanagement: Illinois is waiting between six and nine months to pay its bills.

Decade after decade of graft, corruption, runaway public sector unions, and other Democrat success stories have transformed Illinois from a powerhouse into the lowest-rated state (along with another blue state, California) according to Moody's.

But keep voting Democrat, people of Illinois! Maybe they'll get it right someday!

at 10:29 AM
Email ThisBlogThis!Share to TwitterShare to FacebookShare to Pinterest
Labels: Crime, Democrats, Economy, Obama

It is not all of Illinois, it is the Chicago way, all but I beleive 1 county outside of Cook (location of chicago) voted for the Republican governor candidate last year. so if we could somehow expel chicago from the state the rest of us would be much better off