I'll make a prediction here and now: Eric Holder will not survive this. 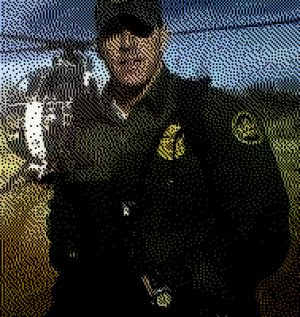 ...U.S. firearms agents told lawmakers on Wednesday they were instructed to only watch as hundreds of guns were bought, illegally resold and sent to Mexico where drug-related violence has raged for years ... they were told not to arrest the so-called straw buyers and instead see where the guns went.

Republicans and Democrats on the panel expressed outrage about the ATF program -- "Operation Fast and Furious" -- and demanded answers from the Obama administration about why arrests were secondary to tracking the firearms.

"We monitored as they purchased handguns, AK-47 variants and .50 caliber rifles, almost daily at times," John Dodson, an ATF special agent in Phoenix, told the committee... An ATF supervisor in Phoenix, Peter Forcelli, said some tried to raise concerns with supervisors but were rebuffed...

...Republicans and Democrats expressed outrage at the ATF program, particularly about two weapons being found at the scene where a U.S. Border Patrol agent, Brian Terry, was killed in a shootout with illegal immigrants... Republicans on the panel have demanded documents and information about the program from the Justice Department, which includes the ATF, but the Obama administration has resisted...

The most partisan Attorney General since John Mitchell appears to be unlawfully stonewalling Congress.

We, the American people, demand to know what Eric Holder knew and when he knew it.

He'll survive because Obama wants him to.