Slow-blogging the President's Afghanistan speech: We will not relent in the war on Al Qaeda, at least not until right before the election

Gee, I'd question the timing but, then again, everyone is. In short, the President's speech last night was a masterpiece of cynicism, duplicity, ego and pandering.


Point: ...we have put al Qaeda on a path to defeat, and we will not relent until the job is done... 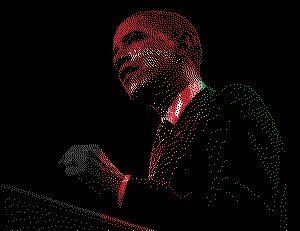 Counterpoint: ...starting next month, we will be able to remove 10,000 of our troops from Afghanistan by the end of this year, and we will bring home a total of 33,000 troops by next summer...


Point: In the days that followed [9/11] ... we struck at al Qaeda and routed the Taliban in Afghanistan. Then, our focus shifted. A second war was launched in Iraq, and we spent enormous blood and treasure to support a new government there...

Counterpoint: When innocents are being slaughtered and global security endangered, we don’t have to choose between standing idly by or acting on our own. Instead, we must rally international action, which we’re doing in Libya... protecting the Libyan people and giving them the chance to determine their own destiny.


Point: ...Over the last decade, we have spent a trillion dollars on war, at a time of rising debt and hard economic times...

Counterpoint: ...Now, we must invest in America’s greatest resource –- our people. We must unleash innovation that creates new jobs and industries, while living within our means. We must rebuild our infrastructure and find new and clean sources of energy...


In effect, after spending trillions in borrowed money in just a couple of years -- which was supposed to rebuild infrastructure and create "clean sources of energy" -- the President is lobbying for still more borrowing to prop up his public sector union supporters.

The good news is there is no money and no one other than Ben Bernanke's printing presses will buy our debt at the current interest rates. 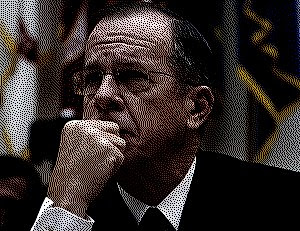 Admiral Mike Mullen, chairman of the Joint Chiefs of Staff, used prepared testimony before the House Armed Services Committee to reveal a significant breach between Mr Obama and the senior officers he charged with defeating the Taliban in Afghanistan.

The remarks came as General David Petraeus, Nato commander in Afghanistan, was preparing to testify before a Senate committee after it was confirmed that he opposed Mr Obama's plan, which drew heavily on advice from Joe Biden, the vice president.

In fact, "Obama rejected the advice of his generals in choosing a quicker path to winding down the war in Afghanistan."

What would you expect? After all, Obama needs to regain the support of his hard left base just before the 2012 elections. Military strategy and protecting our troops have nothing at all to do with this president's plans.

There was once a dictator that thought of himself as a competent military leader. He took direct control from his generals because he knew better. It was a great help to our side. Now another fool has made the same mistake.

"Obama is set to reject the advice of the Pentagon"

"Obama rejected the advice of some of his national security team"

Afghanistan, Libya, bin-Laden, the economy ... on and on and on. One would hope a leader with zero experience would not be so apt to reject the sound advice of the people who live and breathe the situations He decides.