"Flash mob crimes" are a growing problem in large cities around the country. The phrase refers to a large crowd of individuals -- usually teens -- that use social networks to coordinate riots, assaults and robberies. And they occur almost exclusively in cities where the concealed carry of firearms is either banned altogether (unconstitutionally, as in Chicago) or permit holders are simply harassed to discourage them from packing.

The inevitable result: law-abiding citizens are unable to protect themselves from swarms of attackers. Consider the following sampling of incidents that have occurred in Philadelphia over the last few months.

Teens in a mob assault and rob Center City patrons 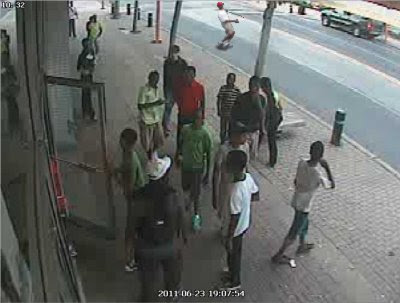 The two young women were sitting at a window table inside the Max Brenner restaurant on 15th Street, near Walnut, sharing chocolate fondue after some shopping... But their night on the town was about to become frightening.

...Heading their way was a pack of teens roving through Center City after leaving a North Philadelphia music festival... They were part of about 100 or more young people who had left Saturday night's event, police said, committing a series of violent assaults and robberies, including one against Maria, 25, of North Philadelphia, and her cousin Cecilia, 29, of Havertown.

A WOMAN'S leg was broken and several other people were injured Saturday night when a large group of teens accosted pedestrians in Spring Garden, police and witnesses said... Philadelphia police responded to two reports of pedestrians being assaulted by a large group of young people along Broad Street about 9:30 p.m... the mob ranged from 50 to 100 people and that participants not only assaulted people but also threw trash cans and lit fireworks...

Police are seeking a joint hearing for the juveniles arrested and linked to the flash mob that filed into a 69th Street department store last week and stole sneakers, socks, watches and other merchandise... The group, all West Philadelphia residents, boarded SEPTA’s Elevated train in the city and got off at the 69th Street Terminal at approximately 7 p.m. on June 23... “They proceeded up the hill to the Sears store and entered together,” police Superintendent Michael Chitwood said, estimating 30 to 40 teens engaged in the planned flash mob... 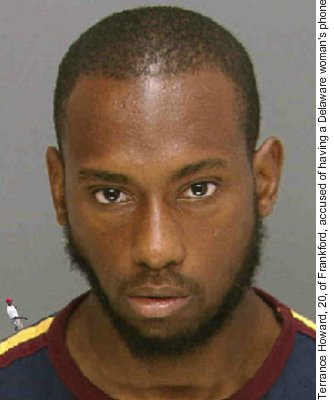 A West Philadelphia man - charged in one of the first "flash mob" incidents in Center City, during which a bicyclist was beaten unconscious - pleaded guilty Monday in an agreement that will keep him in prison for five to 20 years... Stephen Lyde, 23, pleaded guilty to aggravated assault, conspiracy, and riot in the May 30, 2009, assault on Thomas Fitzgerald, who was yanked from his bicycle and beaten during the melee at Broad and South Streets...

Mobs Are Born as Word Grows by Text Message

[Philadelphia] flash mobs have taken a more aggressive and raucous turn here as hundreds of teenagers have been converging downtown for a ritual that is part bullying, part running of the bulls: sprinting down the block, the teenagers sometimes pause to brawl with one another, assault pedestrians or vandalize property... ...In a Feb. 16 melee, 150 teenagers spilled out of the Gallery shopping mall east of City Hall during rush hour and rampaged through Macy’s, knocking down customers and damaging displays...

Pennsylvania has a law on the books that permits concealed carry, but Philadelphia's city officials have done their best to block and harass permit holders. The result: defenseless citizens at the mercy of mobs.

In the last two years, Philadelphia police have confiscated guns from at least nine men - including four security guards - who were carrying them legally, and only one of the guns has been returned, according to interviews with the men... Philadelphia has unusually strict criteria for obtaining a concealed-carry permit. Philadelphia, according to police and gun owners, relies heavily on a clause that allows denial of a permit based on "character and reputation" alone...

• And onerous gun control laws, which only impact the law-abiding citizens who follow cities' unconstitutional dictates

You know what would stop 'flash mob crimes'? Shooting about a dozen criminals in the kneecaps.

That sounds cruel, but now that Democrats have begun to unravel the civil society, I don't see many good alternatives.


Linked by: Ed Driscoll and Marathon Pundit. Thanks!

Your are deliberately missing the most obvious thing: YOUNG BLACK PEOPLE.

It is YOUNG BLACK PEOPLE who are the threat, not guns or the lack of them, or anything else. Young Black People know that Whites cannot do anything to them, even fighting back against their lynching is "racism" and Matt Lauer conducted a live Inquisition of the White victim (Carter Strange) and his family from Columbia South Carolina about their "forgiveness" etc.

Young Black people know they can overwhelm ordinary people and not just steal stuff but beat the hell out of any White person they see. Which is the primary motivation; relatively little time/effort goes into theft and most into beatings/lynchings of unlucky Whites.

Let me add, that if the issue was guns/welfare, places like South Carolina, Louisiana, Georgia, Texas, and Alabama, all low-welfare states with shall-issue concealed carry would have relatively little "flash mob" crime. When in fact they have a lot of it.

Moreover, Mexicans/Latinos/Illegals are often poorer in income than Blacks, use more welfare, and live in high welfare states (California, New York, etc.) yet don't participate in "Flash Mobs." Nor do Whites, Asians, or Pacific Islanders.

It is only Blacks who do this. It is unpleasant to notice this, but it is required to actually combat the problem. Pretending it is welfare/gun related won't help fix the problem: an unwillingness to crack down on Black offenders and visibly prosecute them for HATE CRIMES with lengthy prison sentences and a general harangue of the Black community and Black people in general for tolerating and encouraging lynching/racial hate crimes.

The link I provided (here) offers studies that show there is no difference between the races if you control for single-parent homes.

Think about that. You have an equal chance of going to prison, no matter your skin color, if you come from a single-parent family.

Which is why the unprecedented, Obama-led expansion of the welfare state is sure to spike crime rates in the years to come.

Simply put, these are "farel humans"

I know what we need! A proactive law on text messaging. At the root of it was the flash mob being enabled by the convenience of texting.

It's high time that Verizon bore the social costs of it's corporate greed.

I'm so proud! Third story down - flash mob at the Sears store - is my own town. And the failed blue-state policies are bountiful. Our schools are failing, our taxes are unaffordable , we have unchecked immigration, overflowing welfare rolls, it's truly nirvana on earth. The only thing we have going for us, since we're outside Philadelphia, is less restrictive gun control. Sshhhh.

Yes, because red states are so wonderful.

Please - you people on the right don't even try to hide your ignorance and racism anymore, do you?