Medicaid, the health care program for the poor and indigent, is already bankrupting states. And that's before the "bug" actuaries just discovered in the thousands of pages of law called Obamacare, which no one bothered to actually read. 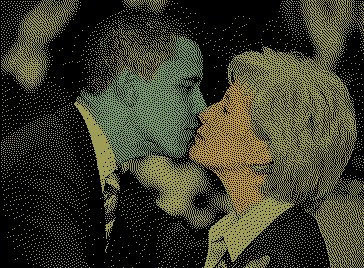 The change would affect early retirees: A married couple could have an annual income of about $64,000 and still get Medicaid... Up to 3 million more people could qualify for Medicaid in 2014 as a result of the anomaly. That's because, in a major change from today, most of their Social Security benefits would no longer be counted as income for determining eligibility. It might be compared to allowing middle-class people to qualify for food stamps.

Medicare chief actuary Richard Foster says the situation keeps him up at night... "I don't generally comment on the pros or cons of policy, but that just doesn't make sense"...

...Governors have been clamoring for relief from Medicaid costs, complaining that federal rules drive up spending and limit state options... Medicaid is a safety net program that serves more than 50 million vulnerable Americans, from low-income children and pregnant women to Alzheimer's patients in nursing homes. It's designed as a federal-state partnership, with Washington paying close to 60 percent of the total cost.

..."The fact that this is being discovered now tells you, what else is baked into this law?" said [Former Utah governor Mike] Leavitt, who served as Health and Human Services secretary under President George H.W. Bush. "It clearly begins to reveal that the nature of the law was to put more and more people under eligibility for government insurance."

Everyone with half a brain knows that Obamacare was simply a stepping-stone on the road to Soviet-style single-payer health care, which is bankrupting countries all across Europe as we speak.

Cloward-Piven all the way.