David Axelrod's not gonna fall for a banana in the tailpipe again!

Methinks it will be quite a while before the President's Senior Red Diaper Baby appears with Chris Wallace again.

Want a preview of the presidential debates? Then spend two and a half minutes with this clip from today’s Fox News Sunday with Chris Wallace and David Axelrod. Wallace asks Axelrod the quadrennial question: are voters better off now than four years ago?

...When the man running Team Obama tries to run away from the question by talking about the tough environment Barack Obama inherited, Wallace lays out the comparison on economic statistics between January 2009 and today, and asks Axelrod again: are voters better off now than four years ago? Answer: Er... 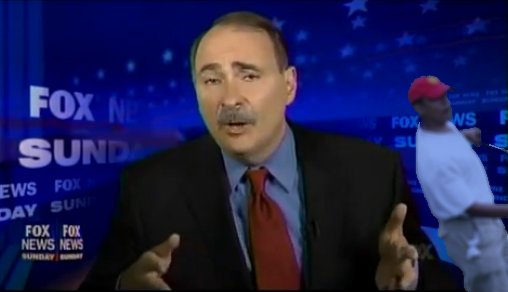 Here are the stats Wallace uses:

Axelrod needs friendlier questions, you see, which means only ABC, CBS, NBC, MNSBC and CNN will do.