If you know someone disconnected from politics, unmotivated to vote, or otherwise sitting on the fence, please share with them the following four graphs. And then ask them one simple question, which I've listed below.

• Household income fell more in recovery than during recession 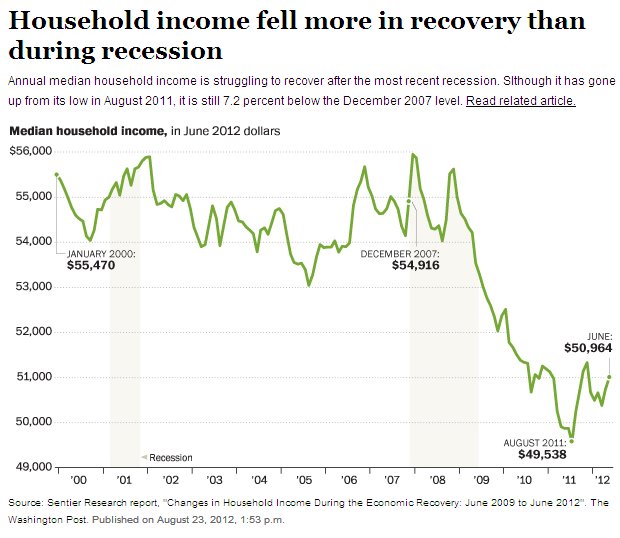 • Gas prices have more than doubled since Obama took office: 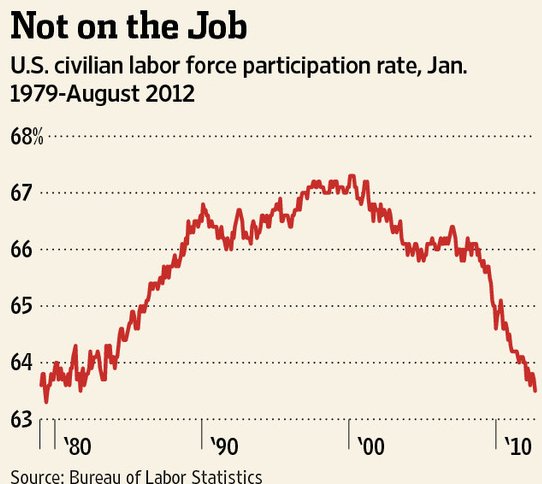 "The [labor force participation] rate dipped in the early part of the last decade but rose again during the Bush expansion and was 66.2% as recently as January 2008... It fell again in the recession, but the most distressing news is that it has kept falling during the last three years of recovery. This is unprecedented, and the big question is why."

• The 'One-Time' Stimulus Became Part of the Federal Baseline Budget

In 2009, Democrats and President Obama pushed a "one-time" Stimulus spending package through Congress in order to jump-start job creation and keep unemployment under 8 percent. It ended up costing the American people $840 billion and unemployment has remained over 8 percent ever since...

Unfortunately, that so-called "one-time" spending spree was built into each and every year's budget -- and is driving America to a Greece-style debt crisis.

That one simple question to ask: Can we survive four more years of this?

For the first time in almost 30 years customers are simply not paying their bills. I can't do service work for free but they seem to think I can. F obama, he is defining recovery down, and America has become his ghetto.