Son, you were going 160 miles an hour OVER THE SPEED LIMIT

Even in Texas, where the speed limit is now 85 MPH on certain highways, could you really drive 160 over the limit?

In a word: yeppers. 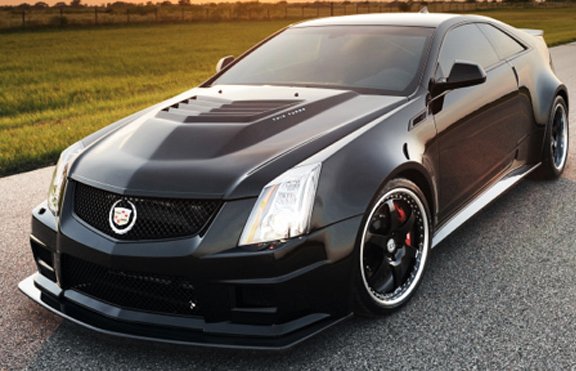 The brakes and suspension have been upgraded in an attempt to keep up with the car’s newfound prowess, its magnetic ride control dampers retuned by former GM chief test driver John Heinricy, who developed the factory version of the CTS-V.

And, just so everyone knows not to mess with you, the body has been festooned with properly evil-looking carbon fiber additions, including a front splitter that could be used as thresher and a hood extractor that looks like it could move as much air as a nuclear power plant cooling tower.

The price is $295,000, low by 242 mph car standards with its value enhanced by a very limited run of just 12 cars, which means it’s unlikely that you’ll ever see another one coming.

at 9:45 PM
Email ThisBlogThis!Share to TwitterShare to FacebookShare to Pinterest
Labels: Autos

If they'd drop a zero off the end of the price tag I'd consider buying two.

Running from the cops speed.

My last car ran at 160 easy. It almost allowed me to kill myself on... several occasions. And I am half decent as a driver. This one? I'm thinking 12 is the starter count. The car I had then was the most wrecked car they had stats for, this one? Hmm. If all are actually driven by... drivers... we will be lucky if 4 survive a decade.

Just trying to help people on the fence about... future value. *evil grins*

The fact that such cars exist and are legal to buy is cool. I don't think it will be that way for much longer. They strangled the muscle car in the 70's and this time it will be permanent.