Staring into the Economic Abyss

We are experiencing, in effect, a modern-day depression. Consider two indicators: First, food stamps: More than 45 million Americans are in the program! An almost incredible record. It's 15% of the population compared with the 7.9% participation from 1970-2000. Food-stamp enrollment has been rising at a rate of 400,000 per month over the past four years.

Second, Social Security disability—another record. More than 11 million Americans are collecting federal disability checks. Half of these beneficiaries have signed on since President Obama took office more than three years ago. 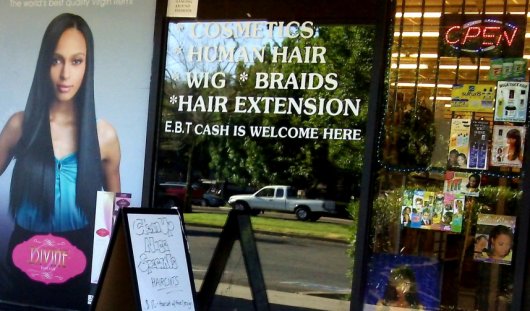 These dependent millions are the invisible counterparts of the soup kitchens and bread lines of the 1930s, invisible because they get their checks in the mail. But it doesn't take away from the fact that millions of people who had good private-sector jobs now have to rely on welfare for life support.

There's little doubt that President Obama is responsible for much of this mess. His decisions -- from killing the Keystone XL pipeline, to funding phony "green jobs" at companies like Solyndra, to punishing the health insurance industry -- have resulted in massive private sector job destruction.

Worse, his only claimed success -- "saving GM" -- is turning out to be another disaster. Not only does GM owe American taxpayers upwards of $35 billion, but Forbes reports the company is headed for bankruptcy... again.

...To help understand why GM keeps losing market share, let’s look at the saga of the Chevy Malibu... The Malibu is GM’s entry in the automobile market’s “D-Segment” [comprised of] mid-size, popularly priced, family sedans, like the Toyota Camry and the Honda Accord.

...At this point, it appears that the 2013 Malibu is not only inferior to the 2012 Volkswagen Passat, it’s not even as good as the car it replaces, the 2012 Chevy Malibu... In their March 2012 issue, Car and Driver published another D-Segment comparison test, pitting the 2013 Chevy Malibu Eco against five competing vehicles. This time, the Malibu came in dead last...

GM, in other words, never fixed its structural problems with the UAW. It never repaired its management team. It never made rational decisions related to the free market (Exhibit A: the Chevy Volt). And therefore it may be circling the drain again.

As GM hemorrhages more cash, a bigger issue lurks for the White House. Overlooked in the aftermath of the unemployment report is this simple truth:

Little-Noticed Fact: Average Job Creation in 2011 Falls Below 2010 Levels, Pointing To a Slowing Economy, Not a Growing One

Obama of course is now claiming he "never told you this was going to be quick or easy," or words to that effect. But he did previously offer a 3 year deadline. 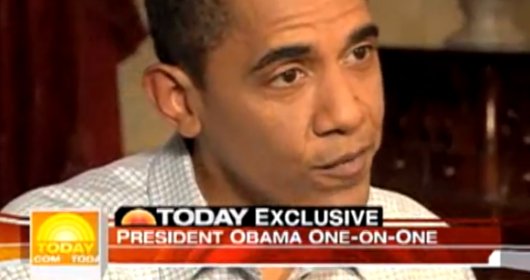 Seems to me that three and a half years ago he thought it would only take three years. Now he's telling us that it'll take four, five, six, seven. Who knows. And as he says this, he says "I never told you any differently."

He's failed as thoroughly as a president can fail.

By all means, let's hire him up again, and let him fail some more.

Finally, John Hinderaker wonders -- given the unceasing bad economic news and the disastrous policy decisions by the administration both here and abroad -- how this election could even be close. 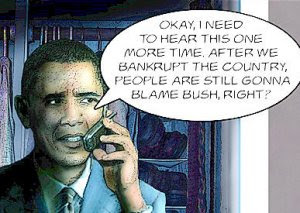 On paper, given Obama’s record, this election should be a cakewalk for the Republicans. Why isn’t it? I am afraid the answer may be that the country is closer to the point of no return than most of us believed. With over 100 million Americans receiving federal welfare benefits, millions more going on Social Security disability, and many millions on top of that living on entitlement programs–not to mention enormous numbers of public employees–we may have gotten to the point where the government economy is more important, in the short term, than the real economy. My father, the least cynical of men, used to quote a political philosopher to the effect that democracy will work until people figure out they can vote themselves money. I fear that time may have come.

...Maybe this anxiety is misplaced. President Obama has never been able to rise above 47% support in the polls, and perhaps when November comes undecided voters will break against the incumbent, as the conventional wisdom has it. Maybe the election won’t be so close after all. We’d all better hope so. Because, given the rate at which Democrats are frantically adding to the dependency state, another four years of Obama may be enough to tip the balance between the private sector and government dependence once and for all.

I'm not giving in without a fight. Marshal your family members, your friends, your colleagues, your neighbors.

Because if we don't stop the the Cloward-Piven Democrats in November, this country will slide into an economic abyss the likes of which none of us have ever seen before.

"Because if we don't stop the the Cloward-Piven Democrats in November, this country will slide into an economic abyss the likes of which none of us have ever seen before."

Have you not noticed that that abyss awaits whatever November's results?

If you're "buying time", what do you intend to do with the time bought?

Because the first question is rhetorical, the second becomes irrelevant. But, if it were relevant; then it, too, would be rhetorical.