AETNA: Health Care Premiums to Double in 2014 Because of 20-oz. Soft Drinks and Obamacare, But Mostly Obamacare

Well, slap me silly and call me Susan.

Health insurance premiums may as much as double for some small businesses and individual buyers in the U.S. when the Affordable Care Act’s major provisions start in 2014, Aetna Inc. (AET)’s chief executive officer said. 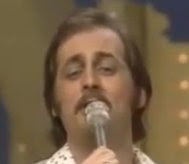 While subsidies in the law will shield some people, other consumers who make too much for assistance are in for “premium rate shock,” Mark Bertolini, who runs the third-biggest U.S. health-insurance company, told analysts yesterday at a conference in New York. The prospect has spurred discussion of having Congress delay or phase in parts of the law, he said.

“We’ve shared it all with the people in Washington and I think it’s a big concern,” the CEO said. “We’re going to see some markets go up as much as as 100 percent..." Premiums are likely to increase 25 percent to 50 percent on average in the small-group and individual markets, he said, citing projections by his Hartford, Connecticut-based company.

[F]or the vast majority of states there will be rate shock.

I can also tell you that, so far, I have detected no serious effort on the part of Democrats to delay anything. Frankly, I think hard core supporters of the new health law and the administration are in denial about what is coming.

I expect more health insurers to be echoing the Aetna comments in coming weeks.

Surprising, ain't it, considering no one even read the bill.

Obamacare needs to be crushed. Obliterated. By. Any. Means. Necessary.