CERN virtually certain it's discovered the Rosetta Stone of physics 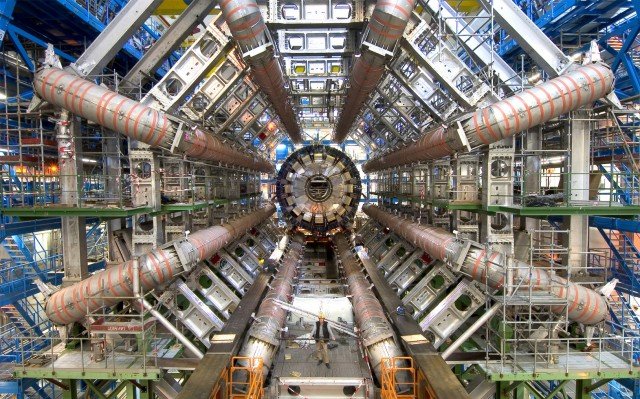 In one of the last updates before the Large Hadron Collider (LHC) shuts down until 2015, CERN has announced that its observation of the Higgs boson (or a particle that is Higgs-like) is now approaching 7 sigma certainty.

5 sigma — 99.9999% certainty... — is the threshold for an observation to be labeled a scientific discovery. CERN crossed the 5 sigma threshold this summer. At 7 sigma, both the CMS and ATLAS teams are reporting that there’s only a 0.0000000001% chance that they haven’t found a Higgs-like particle.

...all they know is that they’ve found a particle, with a mass of around 125 GeV, that behaves as predicted by the Standard Model of particle physics... further analysis (due in 2013) will now focus on the particle’s spin, and other properties. Eventually, perhaps after upgrades are completed and the LHC turns back on in 2015, the particle will be officially announced as the Higgs boson (or not, which would be much more interesting).

...In other news, CERN says that it has observed the decay of the Bs meson (strange B meson) into two muons. Apparently this is one of the rarest processes ever observed in particle physics, which means it’s a good chance that it could lead to new science.

What is the Higgs Boson? I can best liken it to a Rosetta Stone of physics: 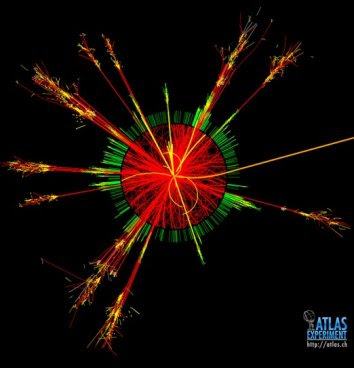 The Higgs boson is the only particle left in our understanding of particle physics (called the Standard Model) that we haven’t discovered. We think it exists — there’s math that postulates it does — it simply has never been observed. This is why it’s called the “God Particle,” because it’s the particle that would explain the difference between objects with mass and objects that have only energy — objects with form and objects without.

If we do find it, we’ll know that we have the right idea about how particles acquire mass — as in, how photons, riding on beams of light, have no mass at all, while the W and Z bosons (two particles that govern the “weak force,” one of the fundamental forces that keep atoms together) have the masses that they do, and why other subatomic particles have the weights that they have.

English physicist Peter Higgs theorized that a lattice-like field enmeshes the universe. This field explains nothing less important than mass itself. In short, discovering the Higgs Boson explains why everything in the universe has mass.

This is not to be confused with the Higgs Bison particle, which drops from the bison's hindquarters at 16 ft per second per second.

If they find that the spin is opposite what they expect, will they rename it, "The Dog Particle?"

Or maybe all this stuff is malarkey and our publicly-funded scientists are simply issuing press releases.

In other words,(inhale) they are in search of the Goddamn Particle which translates into: "How to keep 8,000 CERN scientists on the payroll and the Large Hadron Collider running and also we really needed new private funding to complete the scheduled redo on the LHC even though the original construction costs have not yet been paid"(exhale).