SHHH, NO ONE TELL PIERS MORGAN: Violent crime in the U.K. five (5) times worse than in the U.S.

Maybe this is why Piers Morgan's bowels loosen whenever people try to have a rational discussion about firearms. He seems so... defensive.

Britain’s violent crime record is worse than any other country in the European union, it has been revealed.

Official crime figures show the UK also has a worse rate for all types of violence than the U.S. and even South Africa – widely considered one of the world’s most dangerous countries. 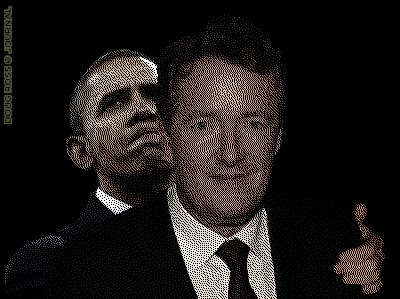 The Tories said Labour had presided over a decade of spiralling violence.

In the decade following the party’s election in 1997, the number of recorded violent attacks soared by 77 per cent to 1.158million – or more than two every minute.

If I were a lesser man, I'd call Morgan a pompous, euro-trash fraud who was fired in England for publishing doctored news photos.

But I'm too polite for that.

"Assault is an offence under s. 266 of the Criminal Code of Canada.[8] Similar to the United States, there is a wide range of the type of Assault that can occur. Generally, an assault occurs when a person directly or indirectly applies force intentionally to another person without their consent. It can also occur when a person attempts to apply such force, or threatens to do so, without the consent of the other person. An injury need not occur for an assault to be committed, but the force used in the assault must be offensive in nature with an intention to apply force. It can be an assault to “tap”, “pinch”, “push”, or direct another such minor action toward another, but an accidental application of force is not an assault."

Pretty much the same definition in the US.

Definition may be the same, but what they count in the violent crimes stats are not the same.

Hey fool man, thanks for writing your wonderful statistics of my GREAT COUNTRY (the #1 BEST COUNTRY IN THE WHOLE WORLD (there is NO comparison, we are the freest, by far, period!)), CANADA!! Yeah, you make a point, it's true that "officially" our laws state what you said. Only problem is, well you know, the same old problem that appears with Liberal minded fools just as yourself, theory is different then practice. Yup, I live here, so I know. We do have allot of laws here in this wonderful country, and well, the reason why I say we are the freest in the world, is because we don't really enforce those ridiculous laws, we don't really enforce most of our laws. More than one of my friends got caught with over a pound of weed, and guess what? Unlike in the police state (so-called "freest country in the world", America), my friends got a slap on the wrist, that's all, not even one day of jail time, guns are illegal here, and friends of mine who got caught with those, also got a mere slap on the wrist. So please sir, do some research before you make such idiotic claims. PS: Although most our laws are not enforced, we don't have a crazy violent scary situation here, actually I feel VERY SAFE, I don't know how to explain it, but for some reason, our society here, just works, that's all I can say...

Also, Mr. Fool, check out Grime music, and it's related culture, and you'll se why Britain is much more dangerous. Sure, we have hip hop culture here (in Canada) in the youth, but the thing is, yeah when we're young we might be like that, but when we grow up, we mature, and most of us become normal, good citizens. Yeah, our laws are not enforced, but for some reason, our people aren't crazy people like the rest of the world. It feels, at times, like living in this country is like living in a parallel universe, quite frankly, because as we watch all this crazy news of what goes on this world, over here, our society is much different, we barely have much crime here, it truly is a model society.

Here is a dated 79 point list of why Canada is the best country in the world by far: http://pages.infinit.net/garrick/canada/cangreat.html - Also, to update a little of that data, we no longer have a trade surplus, but we're working hard to fix that, BUT, our country has officially been the most resilient to come of the worldwide recession out of the G-7. Point #35 said "35.We have two official languages, and a leader that speaks his own", that was referring to our previous Prime Minister (GREAT man, Jean Chretian), he was an amazing leader! He was also hilarious, a great personality! Here are two videos to prove that point: http://www.youtube.com/watch?v=p3TY-GdELH4 - and: http://www.youtube.com/watch?v=WvjfJ6bAi0U. Look at this interview with our current Prime Minister (Stephen Harper, GREAT man, who I voted for, and will vote for again) for more info on the current state of the economy here: http://www.youtube.com/watch?v=O2PmVgmBVm8 Yes, Chretian and Harper are from two parties, Liberal, and Conservative, but, Chretian was more of a centrist liberal, and many of his policies actually were center-right (but socially he was liberal), while Stephen Harper's current Conservatives are center-right, but partisanship here is nothing in comparison to what I see in the US.