PRESIDENT OBAMA'S FISCAL CLIFF OLIVE BRANCH TO THE GOP: "You Get Nothing"

Let's recall a few immutable facts regarding the "Fiscal Cliff": 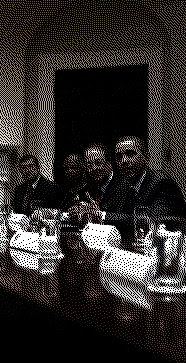 1. A week ago, according to Salon Magazine, the President told John Boehner during fiscal cliff negotiations, that "You get nothing."

2. The Bush Tax Cuts -- which Democrats have fought for a decade -- are suddenly critical to the survival of the Republic (hypocrisy much?).

3. Senate Democrats have refused to pass a budget for nearly four years, an act unprecedented in modern American history.

5. Republicans have passed four (4) budgets this year, all of which were defeated in the Democrat-controlled Senate.

6. The recommendations of the President's own bi-partisan deficit commission, which contained a mix of tax hikes and spending cuts, were -- in the words of Democrat commission member Erskine Bowles -- "scuttled" by Barack Obama.

This entire situation belongs in the lap of Barack Obama.

"This entire situation belongs in the lap of Barack Obama."

Unfortunately, the GOP "leadership" is too stupid and gutless to put it there...