No Way Out [Peter Schiff]

By upping the ante once again in its gamble to revive the lethargic economy through monetary action, the Federal Reserve's Open Market Committee is now compelling the rest of us to buy into a game that we may not be able to afford. At his press conference this week, Fed Chairman Bernanke explained how the easiest policy stance in Fed history has just gotten that much easier. First it gave us zero interest rates, then QEs I and II, Operation Twist, and finally "unlimited" QE3. 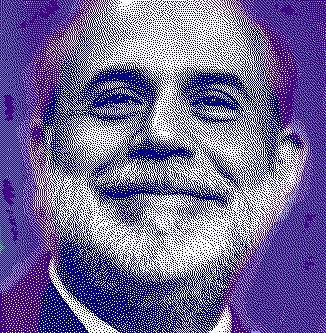 Now that those moves have failed to deliver economic health, the Fed has doubled the size of its open-ended money printing and has announced a program of data flexibility that virtually insures that they will never bump into limitations, until it's too late. Although their new policies will create numerous long-term challenges for the economy, the biggest near-term challenge for the Fed will be how to keep the momentum going by upping the ante even higher their next meeting.

The big news is that the Fed is now doubling the amount of money it is printing. In addition to its ongoing $40 billion per month of mortgage backed securities (to stimulate housing), it will now buy $45 billion per month of Treasury debt. The latter program replaces Operation Twist, which had used proceeds from the sales of short-term treasuries to finance the purchase of longer yielding paper. The problem is the Fed has already blown through its short-term inventory, so the new buying will be pure balance sheet expansion.


Bernanke said that in order to identify signs of true economic health, the Fed will discount unemployment declines that result from diminishing labor participation rates. It is widely known that a good portion of unemployment declines since 2009 have resulted from the many millions of formerly employed Americans who have dropped out of the workforce. But like many other economists, Bernanke failed to identify where he thinks "real" employment is now after factoring out these workers. So how far down will the unemployment number have to drift before the Fed's triggering mechanism is tripped? No one knows, and that is exactly how the Fed wants it.

A similarly loose criterion exists for the Fed's other goalpost - inflation. Bernanke stated that he will look past current inflation statistics and look primarily at "core inflation expectations." In other words, he is not interested in data that can be demonstrably shown but on much more amorphous forecasts of other economists who have drunk the Fed's Kool-Aid. He also made clear that rising food or energy prices will never fall into the Fed's radar screen of inflation dangers.

For as long as I can remember (and I can remember for quite some time) the Fed has stripped out "volatile" increases in food and energy, preferring the "core" inflation readings. But in the overwhelming majority of cases, the headline numbers are significantly higher than the core. In other words, Bernanke simply prefers to look at lower numbers. In his press conference, he made it clear that the Fed will avoid looking at price changes in "globally traded commodities," that are all highly influenced by inflation.

These subjective and attenuated criteria give Fed officials far too much leeway to ignore the guidelines that they are putting into place. If the Fed will not react to what inflation is, but rather to what it expects it to be, what will happen if their expectations turn out to be wrong? After all, their track record in forecasting the events of the last decade has been anything but stellar.

The Fed officials repeatedly assured us that there was no housing bubble, even after it burst. Then they assured us the problem was contained to subprime mortgages. Then they assured us that a slowdown in housing would not impact the broader economy. I could go on, but my point is if the Fed is as spectacularly wrong about inflation as it has been about almost everything else, will they be able to slam on the brakes in time to prevent inflation from running out of control? And if so, at what cost to the overall economy?

The Fed is committing to more than a $1 trillion annual expansion in its balance sheet, an amount greater than the total size of its balance sheet as late as 2008. Most forecasters believe that the Fed will have $4 trillion worth of assets on its books by the end of 2013, and perhaps more than $5 trillion by the end of 2014. If conditions arise that require the Fed to withdraw liquidity, the size of the sales that would be required will be massive. Who exactly does the Fed believe will have pockets deep enough to take the other side of the trade? 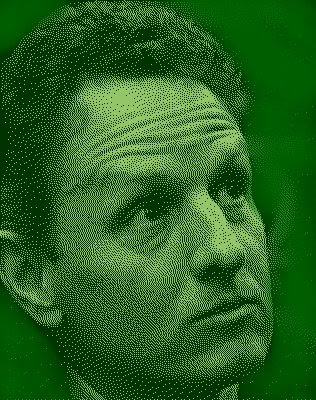 As the biggest buyer of treasuries, it is impossible for the Fed to sell without chances of collapsing the market. Surely any other holders of treasuries would want to front-run the Fed, and what buyer would be foolish enough to get in front of the Fed freight train? The bottom line is that it is impossible for the Fed to fight inflation, which is precisely why it will never acknowledge the existence of any inflation to fight.

But perhaps the most absurd statement in Bernanke's press conference was his contention that the Fed is not engaged in debt monetization because it intends to sell the debt once the economy improves. This is like a thief claiming that he is not stealing your car, because he intends to return it when he no longer needs it. To make the analogy more accurate, there could not be any other cars on the road for him to steal.

Without the Fed's buying, it would be impossible for the Treasury to finances its debts at rates it can afford. That is precisely why the Fed has chosen to monetize the debt. Of course, officially acknowledging that fact would make the Fed's job that much harder. Without the monetization safety valve, the government would have to make massive immediate cuts in all entitlements and national defense, plus big tax increases on the middle class.

As I wrote when the Fed first embarked on this ill-fated journey, it has no exit strategy. The Fed adopted what amounts to "the roach motel" of monetary policy. If the Fed actually raised rates as a result of one of its movable goal posts being hit, the result could be a much greater financial crisis than the one we lived through in 2008. The bond bubble would burst, interest rates and unemployment would soar, housing prices would collapse, banks would fail, borrowers would default, budget deficits would swell, and there would be no way to finance another round of bailouts for anyone, including the Federal Government itself.

In order to generate phony economic growth and to "pay" our country's debts in the most dishonest manner possible, the Federal Reserve is 100% committed to the destruction of the dollar. Anyone with wealth in the U.S. dollar should be concerned that economic leadership is firmly in the hands of irresponsible bureaucrats who are committed to an ivory tower version of reality that bears no resemblance to the world as it really is.

at 11:10 AM
Email ThisBlogThis!Share to TwitterShare to FacebookShare to Pinterest
Labels: Crime, Democrats, Economy, extremism, Obama

Even if Fed's actions were "meaningless", as Mr. Schiff argues, the Unemployment Rate could lower simply by more people retiring, ceasing their work search, or falling off of unemployment insurance, without any job growth: This would clearly be the worst of all possible scenarios. :-(