WORLD'S DUMBEST BLOGGER: My "Facts" About Gun Control Aren't Political, As Far As You Know 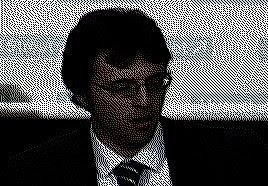 Klein appears to be positioning himself to retain the title in 2013 by leaping into the gun control debate on the heels of the man-caused disaster at Sandy Hook Elementary School.

Remember: we're not allowed to call evil by its rightful name, be it Islamofascism or plain psychopathy.

Klein's latest missive is as impressive a collection of lies, fables, half-truths and misdirection as you'll see in a single WaPo excretion. Consider a couple of clips:

If roads were collapsing all across the United States, killing dozens of drivers, we would surely see that as a moment to talk about what we could do to keep roads from collapsing. If terrorists were detonating bombs in port after port, you can be sure Congress would be working to upgrade the nation’s security measures. If a plague was ripping through communities, public-health officials would be working feverishly to contain it.

Only with gun violence do we respond to repeated tragedies by saying that mourning is acceptable but discussing how to prevent more tragedies is not.

I've got a better analogy: if increasingly easy access to welfare and food stamps offer incentives to rear children out of wedlock... and if those kids born out of wedlock are proven to commit violent crime at far higher rates than kids raised in two-parent familes... and if the correlation of welfare to violent crime had been proven in roughly two dozen studies... and if said correlation affected millions of kids... would Democrats finally abandon their failed "Great Society" policies that have literally turned inner cities into violent, crime-ridden wastelands?

Would Democrats repudiate their own destructive policies that condemn huge numbers of inner-city kids to lives of violence, death or prison?

I didn't think so.

Last year, economist Richard Florida dove deep into the correlations between gun deaths and other kinds of social indicators. Some of what he found was, perhaps, unexpected: Higher populations, more stress, more immigrants, and more mental illness were not correlated with more deaths from gun violence. But one thing he found was, perhaps, perfectly predictable: States with tighter gun control laws appear to have fewer gun-related deaths. 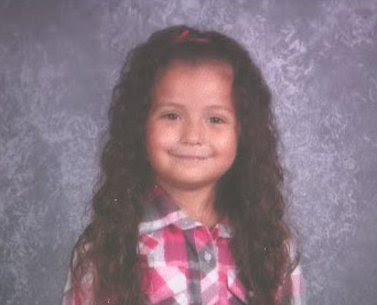 Like Washington DC, New York City, cities in Mexico, cities in Germany, and even London -- to name but a few -- "gun-free" cities are truly areas where the innocent are targeted by predators who have no intention of abiding by any law.

Which is why Ezra Klein will almost certainly retain the title of the World's Dumbest Blogger next year.

There is a problem with gun laws. The laws that prevent a trained, armed citizen to have his gun in the school or work place. The same places that require a person trained in first responder duties be available.

Greg Sargent is pretty awful too, Doug. And he writes for the...Washington Post!

Ezra Klein subbed for MSNBC's Rachel Maddow two nights ago and opened with a story about Michigan and labor unions. He did a long piece telling you that unions have fought for civil rights and everything that is good. In fact, unions fought against civil rights from the Civil War until about World War II. Most everything that Ezra Klein said about unions was either misleading or thoroughly wrong. I was going to tip NewsBusters, but this was just standard operating procedure at MSNBC.

The argument presented here just doesn't really make sense. I don't think anyone thinks that individual cities implementing strict gun measures is going to have a big impact. It has to be a broader policy that limits the ability to purchase or use a gun without a license, purchase ammunition in large quantity, or purchase or use assault weapons.

It's time to do what the Left does: eschew argument on the merits and attack their motives!

You know they don't care about the objective facts.

Ok Better let us all get rocket launchers because Rockets do not kill people its people who kill. And then let us train everyone to defend themselves on imminent rocket attacks. What you think ?
Still you guys living with a 17th century gun law ? Shame ...

I don't understand how this makes his blog dumb.
1. Your counter analogy neither responds to his, nor discredits it. It's just demonstrates a poor understanding of statistics - yes poverty accompanies crime, and welfare accompanies poverty, so welfare accompanies crime. That doesn't demonstrate causation as you've implied (You can use the term "correlation" if you want but we all understand your intended meaning was "causation".)
2. Why do you have to single out Chicago? Is it because when you look at the statistics given, which look at the whole of the US, they don't support your argument? We can all find anecdotes which support one cause or another, but this doesn't prove anything. If you really wish to understand the facts, you need to look at the bigger picture, and at credited statistical data, not anecdotal evidence.