Matthew Boyle, writing at Breitbart, offers the best description I've ever seen on the inner workings of the House.

A coup appears to be in the works after John Boehner's two-year track record of failed leadership: repudiating the conservative base that brought him the Speakership; punishing Tea Party Republicans; abandoning first principles; and failing to address America's catastrophic spending problem.

[House s]taffers have compiled a detailed action plan that, if executed, could make this a reality. 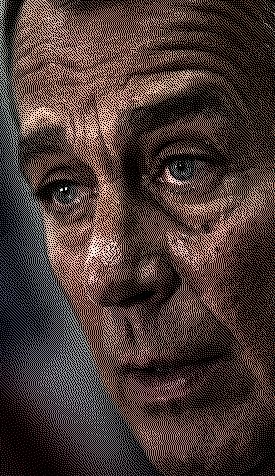 The Republicans, both conservatives and more establishment members alike, are emboldened after the failure of Boehner’s fiscal cliff “Plan B” on Thursday evening. Dissatisfaction with Boehner is growing in the House Republican conference, but until now there hasn’t been a clear path forward...

...[T]he first step is to re-establish the election of the Speaker of the House by secret ballot, rather than by a public roll call vote. That’s because the members who would oppose Boehner, if there ended up not being enough votes to achieve their desired result or if Boehner scared via threat or coaxed via prize some of the opposition into voting for him, would be sitting ducks for retaliation in the near future.

...To establish a secret ballot election for Speaker of the House, one Republican member will need to step forward and introduce a resolution on the House floor on the morning of January 3, 2013, before any other business takes place. Those close to this plan are convinced that a member will step forward and introduce this resolution... the first order of business is for the House to elect a Speaker...

...[I]f a member introduces that resolution for a secret ballot, the whole House will vote on that first. That vote will need to have a public roll call, meaning the American people, the press, and Boehner will know who voted which way. Even so, those who are considering this path forward to unseat Boehner know that Boehner and other establishment Republicans can’t legitimately oppose the concept of a secret ballot election for a leader of a political body [because of widespread GOP opposition to union "card check" tactics].

...If a secret ballot election for House Speaker is established, step one of this plan against Boehner is complete. 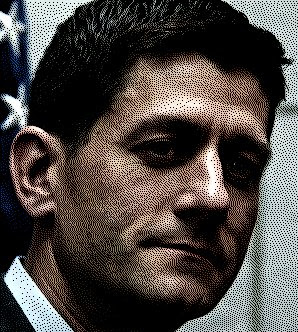 ...The second step of the circulated plan would require enough GOP members to band together and vote for somebody other than Boehner as Speaker... [for] someone to win the Speaker election, they’d need to secure 217 votes – or a majority of everyone voting... The House would continue having multiple elections throughout the day on January 3 until it agreed upon a new Speaker.

Republicans need not worry about handing the Speakership over to Nancy Pelosi or some other Democrat in this process, either. “Don’t worry about Speaker Boehner losing GOP votes in a secret ballot..."

It is still not possible for Pelosi to become Speaker even with 100 % of Democrats united behind her and a split GOP vote. The reason is to become Speaker it is not enough to win a plurality. One must win an absolute majority of all votes cast for an individual.

...even if all 201 Democrats vote Pelosi, Boehner gets 1 vote, and the remaining 233 Republicans each vote for a different individual, Pelosi does not win. Pelosi would need 218 to reach a majority of the 435 votes cast for an individual. Since Republicans have a 33 vote advantage in the House, the only way Pelosi wins is if 17 Boehner opponents affirmatively vote Pelosi or abstain rather than simply vote for an alternative candidate. Both these scenarios are easily avoided...

Rumor has it that Paul Ryan's name is being circulated. I believe he is one man who gets it; and who could unite the conservative base as well as the establishment.

Honest to God, I was thinking last night that Paul Ryan should be Speaker of the House.

So far, he is the only person I have ever seen tell TFG how it is, That TFG is essentially out of touch with the American public.

Paul Ryan should be Speaker of the House.
If you agree, please "like" this page and share.
Let's get everyone on board. Thank you in advance.
http://www.facebook.com/PaulRyanShouldBeSpeakerOfTheHouse

I love Paul Ryan, but I don't think of him as "speaker" material. Not at all. You need a process guy, sure, and Ryan certainly is that. But you also need a real crafty politician who can twist arms the way the great speakers always have.

He also needs to be a good chessplayer, regarding the rules. Mitch McConnell has been an enigma, but he knows how to tweak the majority in the Senate by using the rules. So some of his ability there is necessary, too.

I don't know who would fit the mold, but I'd imagine you need someone more like Trey Gowdy or Allen West. Someone with a little "command" presence.

Would I be happy with Ryan as speaker? Sure, until the first time he gets schooled by Obama and company.

1) Part of a Speaker's job is to communicate with the American people. Boehner is an inarticulate boob. Ryan is articulate and savvy.

2) The House Whip is (supposedly) the arm-twister. How about Jim Jordan as House Whip?

Well, regarding Ryan, that's one time I would be pleased as punch to be wrong. So I hope it's a good plan. He just strikes me as a slightly nervous, brilliant, good guy, who we desperately need to keep in the house. (As head of Ways and Means, if possible.) But not a pit bull. But I don't want to be ragging on the guy, so I'll shut up about it.

His chairmanship of the RSC seems like great prep for the job.