THAT "COMING COLLAPSE" HAS BEEN COMING FOR DECADES: What does this gold ad from 1973 really tell us?

Considering that the CAGR (compound annual growth rate) of gold since 1973 is roughly 17.2%, who's to say this ad wasn't right?

An ad from a 1973 issue of Barron's provides clear proof that feverish concerns about imminent economic collapse and a concomitant enthusiasm for precious metals has long been a theme amongst modern investors. 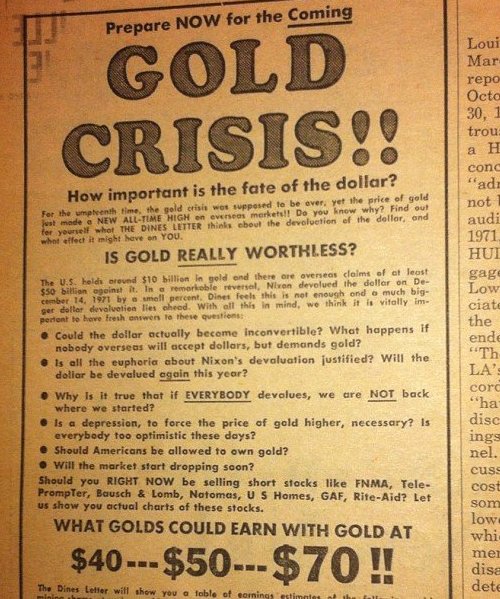 With the race to devalue currencies around the world -- led by Ben Bernanke's magical printer -- and unsustainable sovereign debt, it's pretty clear that a collapse will come.

The only question is whether it's two years away -- or 10. History and arithmetic both tell us it won't be longer than that.