Gee, I wonder whose counsel is more valuable and timeless: that of America's Founding Fathers -- or of Piers Morgan?

10. "It may be laid down, as a primary position, and the basis of our system, that every citizen who enjoys the protection of a free government, owes not only a proportion of his property, but even of his personal services to the defence of it, and consequently that the Citizens of America (with a few legal and official exceptions) from 18 to 50 Years of Age should be borne on the Militia Rolls, provided with uniform Arms, and so far accustomed to the use of them, that the Total strength of the Country might be called forth at Short Notice on any very interesting Emergency." ----George Washington, First President of the United States 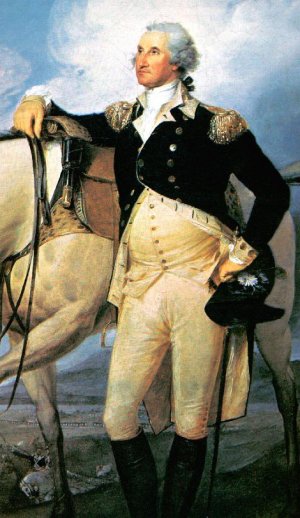 9. "[The Constitution preserves] the advantage of being armed which Americans possess over the people of almost every other nation...(where) the governments are afraid to trust the people with arms." --James Madison,The Federalist Papers, No. 46.

8. “And that the said Constitution be never construed to authorize Congress to infringe the just liberty of the Press, or the rights of Conscience; or to prevent the people of the United States, who are peaceable citizens, from keeping their own arms; …” --Samuel Adams, 1789

7. “...the people are confirmed by the next article in their right to keep and bear their private arms" --Philadelphia Federal Gazette, June 18, 1789, Article on the Bill of Rights

6. "The people are not to be disarmed of their weapons. They are left in full posession of them.” --Zachariah Johnson, Elliot’s Debates, vol. 3 “The Debates in the Several State Conventions on the Adoption of the Federal Constitution.”

5. "Those who hammer their guns into plowshares will plow for those who do not." --Thomas Jefferson, Third President of the United States

4. "The great object is that every man be armed.” and “Everyone who is able may have a gun." --Patrick Henry

3. "I ask, Sir, what is the militia? It is the whole people. To disarm the people is the best and most effectual way to enslave them." --George Mason, Co-author of the Second Amendment

2. "The best we can help for concerning the people at large is that they be properly armed." --Alexander Hamilton, The Federalist Papers at 184-8

1. "The constitutions of most of our States assert that all power is inherent in the people; that … it is their right and duty to be at all times armed; … " --Thomas Jefferson, letter to Justice John Cartwright, June 5, 1824.

If Piers Morgan, Dianne Feinstein, Barack Obama, and the rest of the progressive Left want to limit the right to keep and bear arms, then they must accomplish it the lawful way: by offering a Constitutional Amendment and then passing it.

I disagree. A Constitutional amendment does not change my God-given rights. The Constitution simply acknowledges those rights. And it doesn't matter what they do to the Constitution--they can change it, bend it, twist it, burn it, or shred it. It still doesn't change my right to defend my life, to defend my liberty, and to live happily and peaceably without the government butting in to my life. See here: http://youtu.be/wVX6sIwyFVs?t=6m20s

The Washington quote is bogus. Been debunked many times. "Prairie wagons" and "rifles" are some of the more obvious giveaways. Jefferson's (#5) is also of no known source. How many more are just made up?

@Unknown - you are correct. #10 was misattributed. I have added a replace GW quote. For the record, there is no shortage of contemporary writings demonstrating that the Framers wanted citizens to be armed for many reasons, but most importantly to resist tyranny.