BEFORE AND AFTER: Capitalism vs. Socialism

Der Spiegel has a startling series of before and after shots of buildings and towns in East Germany. The original photos were taken just after the fall of the Berlin wall and now some 20 years later. 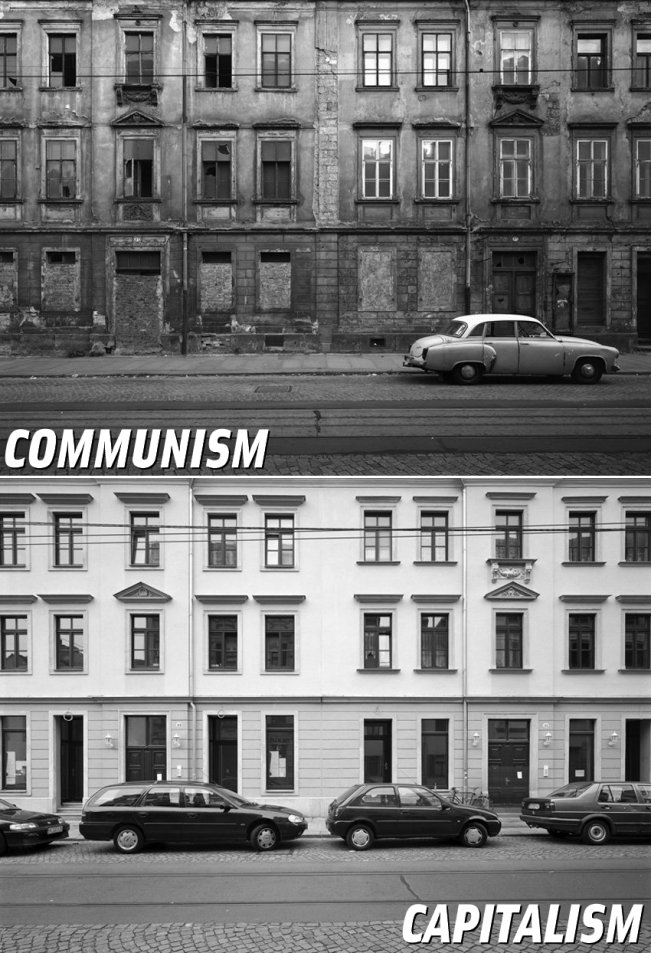 Every person who voted for Barack Obama in November elected to move America closer to the first photograph.

Same with any country that swallows the lie of communism.

America is supposed to be the land of working hard , and enjoying your prosperity !!!