When details of the Obama family's 20-day, $4 million vacation were recently revealed, one crucial aspect was omitted: the President is flying the White House chef to Hawaii. 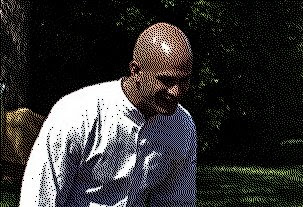 President Obama’s vacation in paradise includes an element that may be making his time there even more fulfilling: the White House chef.

Sam Kass, the tasty-health-food guru the Obamas added to the White House kitchen in 2009 – they didn’t fire the old chef, just added a second – revealed his presence in Hawaii Saturday when he showed up on the golf course with the president.

It’s not clear if Kass hopped a ride aboard Air Force One or if he is staying with the Obamas and cooking for them. But it wouldn’t be surprising, given that he was their personal chef in Chicago for two years before moving to Washington to continue preparing their meals.

Nevertheless, the Obamas dined out with friends last night, heading to one of their favorite hangouts, the high-end Japanese fusion restaurant Morimoto.

Fortunately, there are no pressing matters of concern that need to be resolved before the end of the year, certainly none that would require the President's presence in Washington.