MEANWHILE, at an elementary school on the other side of the world...

...in Israel, "Serious people know how to respond to serious threats." 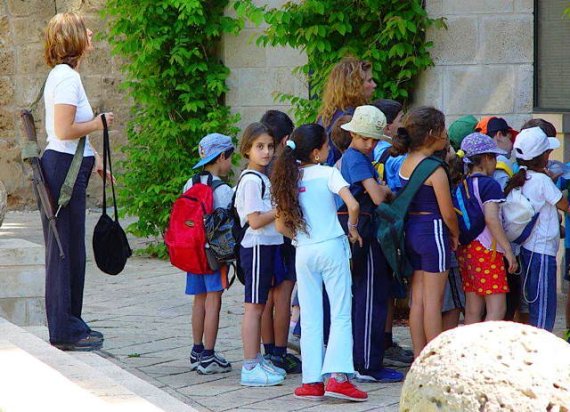 American Digest also points us to this excellent observation by MOTUS:

Is it the number of guns? Societal breakdown? Our culture of violence? Hollywood? While there’s probably a kernel of truth in all the usual suspects, a more likely culprit may be the policy implemented by our betters which determined that mental institutions were horror chambers that inhumanely incarcerated people simply because they didn’t conform to the standards society determined to be normal (how judgmental). 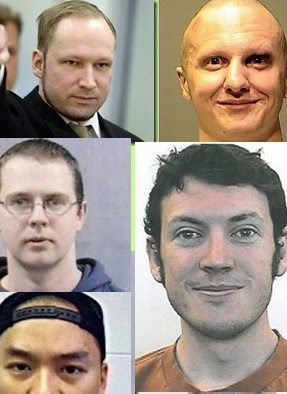 As is often the case with good intentions, the “deinstitutional movement,” initiated in 1964 and fully implemented in the 1970’s, the “solution” did not fix the root problem. There are still  just as many crazy people in society, only now they live amongst us free to act out their psychotic fantasies: unless and until they confess or get caught.

Although  the mainstreaming of psychotics had been afoot since the passing of the Community Mental Health Act the final nail in the coffin that stopped the institutionalization of the crazies was a Ken Kesey movie (One Flew Over he Cuckoo’s Nest) which advanced the theory that the inmates were actually saner than their keepers. Hence, we should either let the inmates dictate the terms of their own incarceration or simply close the asylum and set the patients free...

...Since the novel was written by a man who did his “research” under the influence of LSD and peyote buttons it is unclear why his conclusions would hold any credibility among the sane. Except for the fact that his story’s basic premise – that people in mental institutions are not “crazy” they’re just far more “individualized” and therefore superior to the rest of us mere mortals – fit the liberal’s agenda du jour of mainstreaming all butt the (convicted)criminally insane.

As with many schemes that are based on good intentions, this one has not worked out so well either. We are now dealing with the unintended consequences and as is often the case, they are devastating...

...So a lot of our problems do stem from our culture: a culture of political correctness that doesn’t allow you to call dangerously crazy people “insane” let alone lock them up, doesn’t wish you to point out that terrorists may be more dangerous than conservative “haters,” and wants the good guys to give up their guns to set a good example for the bad guys...

...Because in a sane society citizens are not locked up for trying to protect themselves, the homicidal maniacs are.


at 2:36 PM
Email ThisBlogThis!Share to TwitterShare to FacebookShare to Pinterest

As an 'old coot', I always felt a great deal of what has festered at the roots of our society decline has been what is broadcasted on television as entertainment. Garbage like MTV is beyond my comprehension. Reality shows...give me a break.The hypocrisy in media is so glaring and pathetic. I grew up watching the Warner Brothers cartoons, Three Stooges, etc. Those have been replaced by Thomas the Train and so on as they were to violent. Switch the channel and there's murder, mayhem, drug and gang culture, anti Christian documentaries.