The American Farm Bureau Federation is helping publicize the EPA's methodical extermination of the family farm.

In a surprise about-face, the Environmental Protection Agency has withdrawn an order demanding that West Virginia poultry grower Lois Alt obtain a Clean Water Act discharge permit for stormwater runoff from her farmyard or face up to $37,500 per day in penalties. While the action is a great victory for Alt, it leaves unresolved a major legal issue with serious implications for other livestock and poultry farmers that must be addressed, according to the American Farm Bureau Federation. 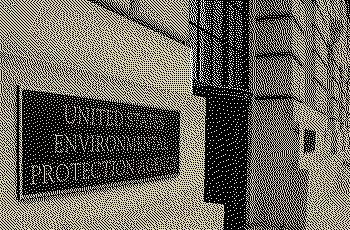 The U.S. District Court for the Northern District of West Virginia ruled in October that AFBF and West Virginia Farm Bureau have the right to join Alt’s lawsuit. EPA had aggressively opposed the Farm Bureaus’ participation. EPA’s withdrawal of the order comes six months after Alt filed her legal action and a mere six weeks before Alt and AFBF are scheduled to file briefs challenging EPA’s interpretation of the law.

In withdrawing its order, EPA cited new management practices identified during a May 2012 re-inspection of the farm. However, EPA’s inspection report also states that dust, feathers and small amounts of manure were still observed on the ground at the farm – which was the very same basis of EPA’s original order, according to AFBF General Counsel Ellen Steen. “EPA still has not backed away from its position that any amount of pollutant on the ground at a livestock or poultry farm requires a Clean Water Act permit,” according to Steen. “The more likely reason for EPA’s withdrawal is that it does not want to defend its position in court.” 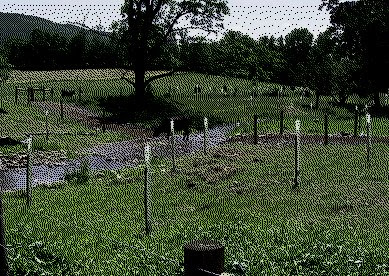 “This is a personal victory for Lois Alt, but it should not have taken a federal lawsuit to convince EPA to withdraw an order that was illegal from the start,” said American Farm Bureau Federation President Bob Stallman. “EPA’s withdrawal of the Alt order without correcting its legal position still leaves other farmers and ranchers hanging in uncertainty, vulnerable to the same threats that Ms. Alt faced.”

EPA’s November 2011 order threatened Alt with $37,500 in fines for each time stormwater came into contact with dust, feathers or small amounts of manure on the ground outside of her poultry houses... EPA also threatened separate fines of $37,500 per day if Alt failed to apply for a National Pollutant Discharge Elimination System permit. Alt responded by filing her own legal challenge to the EPA order in June 2012.

“EPA says its withdrawal is based on a May 2012 re-inspection of the farm, but I can’t help but notice that EPA only withdrew the order after Farm Bureau was granted intervention in October,” Steen explained. “It’s like upsetting the chess board when you know you are in danger of losing. All signs are that EPA does not want to defend its position in court.”

“EPA knows very well that most farmers lack the resources to fight back when they face an EPA order – even if the order has no legal basis,” noted Stallman. “We are happy for Ms. Alt that EPA has flinched, but the principles for which she stood remain in danger.”

As an aside, this is all out of the playbook.