I WONDER WHY THEY WAITED UNTIL AFTER THE ELECTION? EPA Cranks Out Third Job-Killing Regulation in a Week

Merry Christmas, Tiny Tim: the EPA has issued yet another devastating regulation. The Boiler MACT rule will hit American companies with a double whammy: it will kill jobs and spike the prices of almost every good and service. Oh, and there's an added bonus: it will make U.S. companies even less competitive internationally.

The National Association of Manufacturers is calling out the Obama administration. 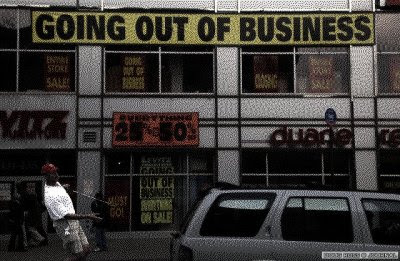 “For the second straight week, the EPA has finalized another costly and crippling regulation at a time when our economy is on the brink. Boiler MACT will not create jobs, and studies indicate it could cost manufacturers as much as $14 billion. Manufacturers are understandably growing more pessimistic about the direction of the economy. The end-of-year regulatory assault on businesses, combined with the uncertainty of the fiscal cliff, makes for one of the worst business environments in living memory.

...this regulation remains far from being realistic. Currently, it is 20 percent more expensive to manufacture in the United States compared to our major trading partners, and Boiler MACT will only drive that differential higher...

And, as usual, these regulations were all withheld from the American public until after the election. This is just another example of how the progressive Left must hide who they are from the American people. It's called deception.

It's not just the fiscal cliff we have to worry about. It's not just the overhang of deficits. It's also the intentional, wanton destruction of the American manufacturing sector, pursued by the eco-statist Left through hundreds of thousands of pages of excessive regulations and executed by thousands of unelected, nameless bureaucrats.

Everyone with two neurons to rub together knows that the federal government has a catastrophic addiction to spending. And I can think of no better way to start fixing that problem than by nuking the EPA's budget, say, by 90 percent. Nuke it. It's the only way to be sure.