BUT SHE HAD IT COMING: Chinese woman gets tasered for buying too many iPhones

Memo to self: don't buy too many iPhones at one time.

...local TV news stations in New England were having a field day Wednesday with blurry cellphone video of a tiny 44-year-old Chinese woman being held to the ground and tasered outside an Apple Store by a pair of Nashua, N.H., police. 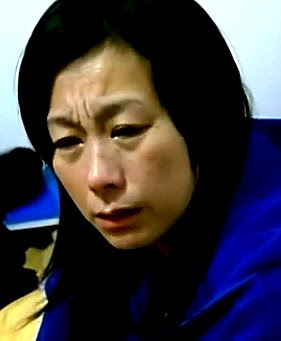 Piecing together the accounts of the police, the woman's 12-year-old daughter and her American boyfriend, this is what led to the confrontation:

The woman, Xiaojie Li, a Chinese national who lives in Newton, Mass., bought two iPhone 5s last Friday at the Apple Store in Nashua's Pheasant Lane Mall and was told when she tried to purchase more that she'd reached Apple's two-per-customer limit. When she made a video of other customers she claimed had bought more than two units, Apple staffers asked her to leave.

She revisited the mall Tuesday to pick up two more iPhone 5s she had ordered online, but the store refused to sell them. The store manager asked her to leave -- a request she says she didn't understand. The manager then asked a police officer assigned to provide mall security to escort her out.

"The officer approached her, told her she wasn't welcome in the store, and she refused to leave," Nashua police captain Bruce Hansen told WCVB TV. He described the use of electroshock weapons as standard procedure when a subject refuses to obey a lawful order or resists arrest.

According to police, Li was carrying about $16,000 in cash when she was arrested. She said she was buying the phones for relatives in China. Even if she was an iPhone 5 reseller, her boyfriend told a WCVB reporter, "does it rise to the level of getting a beating from police?"

Li has been charged with two misdemeanors -- criminal trespass and resisting arrest.

(a) So "refusing to leave" is a Tasering offense?

(b) has her boyfriend told Xiaojie (pronounced Chao-Che, as far as you know) about, eh, eBay??!


(a) So "refusing to leave" is a Tasering offense?

But yes, the response here did not match the offense.

In Chicago her behavior is referred to as general mopery. In the past it would earn you a police tuneup. Now the cops save wear and tear on their nightsticks by using tasers.