GHOULISH: Senator Diane Feinstein waited an entire year for a tragedy she could exploit to advance her gun ban legislation

Never one to let a crisis go to waste, Senator Diane Feinstein breathlessly announced yesterday on Meet The Press that she will try to resurrect the "assault weapons" ban. But what wasn't widely reported is that she admitted she'd been sitting on such a bill for a year or more. 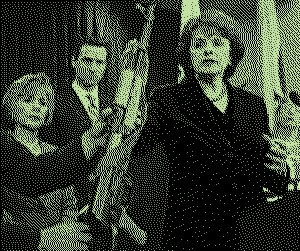 Sen. Dianne Feinstein said she will reintroduce a ban on assault weapons to the Senate on the very first day the new House session on NBC's Meet the Press.

Feinstein also said she wants and expects Barack Obama to lead on gun control from now on. "I can tell you that he is going to have a bill to lead on because as a first-day bill I'm going to introduce in the Senate and the same bill will be introduced in the House - a bill to ban assault weapons," Feinstein said. "It will ban the sale, the transfer, the importation and the possession. Not retroactively but prospectively. And it will ban the same for big clips, drums or strips of more than 10 bullets."

...There was a previous assault weapons ban from 1994 to 2004. There was some conversation about re-introducing the ban around the time of the Aurora shooting, too. "There will be a bill. We've been working on it now for a year," Feinstein said. "We've tried to take my bill from '94 to 2004 and perfect it. We believe we have.

In other words, to advance her tyrannical, progressive agenda, the malevolent Diane Feinstein couldn't even wait a week -- she couldn't wait for the poor victims' bodies to be buried -- to resume her efforts to unravel the Second Amendment.

Feinstein was accompanied by Bloomberg -- the idiot mayor, not the news service -- who already regulates dangerous substances like salt and soda in his city. For our own good, of course. The pint-sized, would-be dictator of New York City saw that this particular tragedy was the opportunity he'd been waiting for.

@thedailybeast What kind of guns do Bloomberg's bodyguards carry?

Will Bloomberg set an example for us and start his gun-ban initiative by disarming his cadre of bodyguards? Of course not.

Why does Michael Bloomberg believe his life is more precious than my family's?

Throughout human history, the elites have always protected themselves with the force of arms.

In America, uniquely, so do the citizens. And this right we will not surrender.

Not even a week after Aurora, Colorado shooting Senate Democrats (Schumer and others incl. Feinstien) tried to insert gun control (ban ammo and clips) legislation into the July 2012 cybersecurity bill.