The hypocrisy of the would-be tyrants on the Left never fails to amaze. Case in point: one Shannon Watts, founder of "One Million Moms for Gun Control". 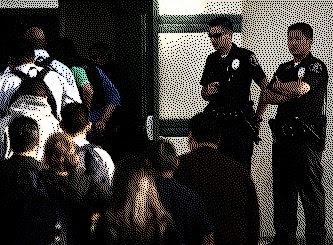 Gun-control advocates reacted with incredulity at the statements by Wayne LaPierre, executive vice president of the National Rifle Association, at his Friday press conference. LaPierre called for armed guards in every school in the nation and blamed violent media, video games, films and music videos, not guns, for violence in society.

"It was absolutely outrageous,' said Shannon Watts, who founded One Million Moms for Gun Control just five days ago. "They are about to see a tsunami of 84 million angry moms coming out at them. Angry moms like they have never seen before. We are going to do for gun control what Mothers Against Drunk Driving did for drunk drivers...

...We understand about the Second Amendment, but it was written in 1791, before AK47s." America needs common sense, she said.

In response, George Washington commented from the afterlife: 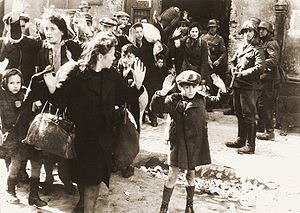 Firearms stand next in importance to the constitution itself. They are the American people's liberty teeth... from the hour the Pilgrims landed to the present day, events, occurrences and tendencies prove that to ensure peace security and happiness, the rifle and pistol are equally indispensable... the very atmosphere of firearms anywhere restrains evil interference — they deserve a place of honor with all that’s good.

Shannon Watts is a nincompoop, who must ignore the hundreds of millions of innocent civilians killed by their own governments in the 20th century alone in her inane quest to trade liberty for security, which will secure neither.

Actually, I made that last sentence up. The rest was all George.

Now, among the multitude of reasons that Shannon Watts is a nincompoop, is the fact that Bill Clinton actually implemented armed cops at at schools in 2000.

Only Barack Obama cut the funding for it. Oops.

The NRA came out with a proposal to post armed police officers at schools to prevent or at least minimize the next school shooting. The left promptly called the idea nuts. 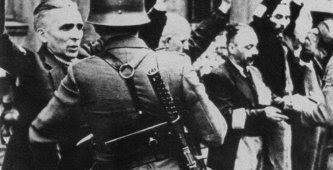 Turns out, it wasn’t a new idea. President Bill Clinton proposed the same idea in April 2000. He implemented it, too, only to see Barack Obama cut the funding for it.

...The NRA today proposed protecting our children to a level similar to the way we protect our banks and many public buildings: With armed security. As we’ve established, this idea has been around for more than 12 years and was once proposed by a Democratic president. Many on the anti-gun left responded to today’s proposal not with a thoughtful rejoinder, but with calls to shoot Wayne LaPierre.

For students of history, I wonder whose counsel is more valuable: Shannon Watts -- or America's founders?

Funny how the racist harry reid,the botoxed pelosi,the diminutive mayor of the rotten apple,and every other loon leftist has all kinds of security,but don't want the CHILLDRUN to have any.I guess they hate kids.I don't know if MS.Watts has any security,but she also seems to hate the children enough to want them to be targets for madmen,with or without guns.

The response to the “The Founding Fathers never intended…” argument is this: Do you think the Founding Fathers intended the right to bear arms to include a weapon fifty times as powerful as the battlefield cannon? When they say “no,” hold out your hand and demand that they relinquish their car keys.

It breaks my heart this season to see fresh faced children and think of CT. In reality, when a person kills themselves during the commission of a crime it is rightly called terrorism, and this is what it was.
When a bus blows up in Israel or a rocket lands in a school there the loss is the same, they do not sugar coat it and look for straw men.
School counselors are in very short supply and the fact is they are a first line of defense. But, when have they ever earned their wages?

It isn't, but the lefties like their cars. They're not going to give them up, even if they kill a lot more kids than guns every year! They don't like guns and like most democrats, they think if they don't like something, then no one should have it! Pure stupid, understand? You can't fix Stupid.

Put a police officer in every school? Why not train a principle or other school official as a police officer. Extra pay could sweeten the deal not to mention the extra revenue from parking, seat belt and cell phone tickets on the school grounds.

Ms. Watts I m a single father of a 13 year old son and I am likewise outraged over this debate being distracted by those in the NRA. I want to join the storm of parents who oppose the debate being controlled by gun advocates.

The anger that is behind shootings is the same anger behind these moms.
It's the anger that needs to change. I don't want guns for myself but want the freedom to have them and distrust any government that prevents people from arming themselves.

I love how the anti-gun nuts blame the NRA for pro-gun sentiment. Sorry folks, but NRA is not your problem. It it your fellow citizens.

Consider: the recalls in CO was not voted on by the NRA. The NRA has no vote. The CITIZENS of CO voted in that recall.

It is the majority of your fellow citizens who are maintaining the right of self defense. If you can't tolerate this, feel free to move to the UK or Australia, where gun violence is down but non-gun violence has skyrocketed.