Or is the name Lisa Jackson? I'm so confused. 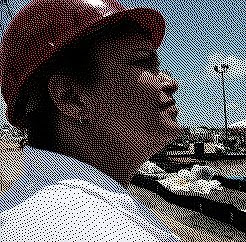 Environmental Protection Agency Administrator Lisa Jackson has decided to resign her post as top environmental regulator, a move that comes as Congress applies pressure on her for complicating oversight of the EPA by using at least one secondary email address under an alias.

...Lawmakers and the EPA inspector general wonder if Jackson used a private email account created under an alias to develop those policies in a way that would be invisible to watchdogs and congressional oversight...

...Jackson used a private email under the alias “Richard Windsor” to correspond with EPA colleagues, a decision her staff defended by saying that her official email account received too many messages for her to use it efficiently.

Her official email received too many messages?

Gee, I'm no Bill Gates, but I figure with 17,000 employees and an $8 billion budget the EPA could marshal the necessary brainpower to add a lisa.jackson2@epa.gov to their Exchange server.

Investors Business Daily summarizes the story as a question: "Is The EPA's Lisa Jackson Trying To Dodge A Federal Probe?"

Answer: of course she is. Just add this scandal to the list.

I was watching MSNBC (the Obama government propaganda channel) last night and the EPA's Lisa Jackson was NOT reported. This story has not been approved to tell the people. Are you sure this is true, comrade?

Ezra Klein was doing propaganda for Obamacare, showing a smiling cartoon doctor who just loves what's coming in 2013. Then Klein argued that we shouldn't "come together" (as Starbucks says) on the fiscal cliff--the Republicans are just completely wrong. That's how it is, omrade, for the world's dumbest blogger in our USSA.