SUBOTAI BAHADUR: The federal government has issued a declaration of war against the Bill of Rights

An interesting debate is occurring over at Legal Insurrection, where Professor William Jacobson asks, "When journalists start a privacy war, where does it end?"

The publication of the names and addresses of gun permit holders by the NY Lower Hudson Journal News , a Gannett paper, sparked controversy, including publication by a blogger (additional here) of equally personal yet publicly available information about the editors and writers of the Journal News...

...Which brings me to a comment submitted last night. It was from a first-time commenter, and it contained personal contact information for the Chairwoman of Gannett, including home address, telephone numbers, second home, neighbors, and relatives... I don’t like the tactic, but it is something done by a Gannett newspaper (at least as to names and addresses).

I’m on board with adopting some of the left’s Alinskyite tactics, like holding them to their own rules, but does this go too far, particularly since she was not directly involved?

An LI commenter, one "Subotai Bahadur", offered what I thought was an exceptionally insightful response:

Professor, we are literally in the end stage of pretending that politics as normal mean something. The Constitutional order has been de facto overturned, while retaining the external trappings of the old order.

The government is at open war on the Bill of Rights. Congress has lost the power of the purse and no longer represents anything but their own vested interests. The rule of law is gone. 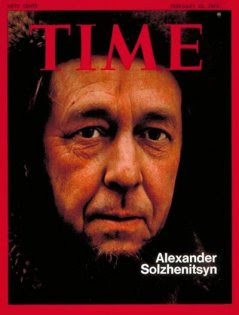 Who you are and who you are connected to decides if you will be prosecuted for any crime. No connections [means] no mercy and frequently no due process. If connected to the regime, you are immune [Ed: see Jon Corzine].

Our courts have withdrawn from the fray or have been subverted. In any major issue, it seems that the courts rule that there is no one who has standing to oppose the will of the State; so the State wins. And if a matter does get before the courts, the courts rule based on politics, not law.

The Supreme Court is no longer a barrier defending the [Constitution]. When Chief Justice Roberts suddenly reversed his entire life’s work to rule that the Federal government could violate the Constitution so long as it did it in the guise of a tax; it was obvious that he has been [co-opted] and is now merely a tool of the regime.

Moderating our conduct while the country is still on this side of violence will not prevent things going from bad to worse. Things are going to get worse even if we become martyred saints. Our restraint in the face of ongoing attacks merely removes restraints on the conduct of those who seek the destruction of our country and Constitution. If their escalations are only met with feeble responses on our part, they are encouraged to push the envelope until they reach the point of violence.

So long as no law is broken [after all, that is the standard of combat that they have set; akin to say the real rules on the use of poison gas in warfare] then hit back twice as hard. Make them deal with their families and their neighbors being angry at them. And publicly out the nature of their biases in every thing they publish. Keep in mind that just recently the State got the power to wiretap, investigate, and arrest people without warrant of probably cause. Do you think that they are going to limit what they dig up in the name of “decency”? Look at their record.

Every employee of the paper should have a full background check, as deep as can be done within the bounds of the law. If a prospective employer can find it, then it should be legal. And publishable. Criminal records, court judgments, membership in various organizations, political contributions, public statements. If the investigation leads to family members, so be it. Reveal it all.

Publish the ownership/management details of all the companies who advertised in the editions where the permit holders are/were mapped who continue to advertise with them. There will be the implication that they could receive the same detailed attention as the employees. And if Gannett does not rein in the Journal News; move up the corporate food chain.

Given the nature of the Journo-List 2.0 media; it would be wise for all of their major personalities to be subject to the same investigation as the Journal-News’ staff just to have in reserve for when they next outrageously lie. And every personality in the current administration. There is a lot of work to do.

Oh, and one more little cross check on the Journal-News’ map. Do not take it on faith that their map was complete. Follow up on it and make sure that they did not “accidentally” forget to publish the names of various politically or otherwise connected individuals that they did not want to offend. If there are political or other celebrities who are calling for the abolition of the 2nd Amendment while themselves being armed; that needs to be Alinsky-ed out.

If we are to have a hope of stopping the enemies of our country before they physically attack us, we have to make them pay a price and show that they will be opposed if they cross that line. Yielding to them does not accomplish that end.

I am reminded of a quote by Alexander Solzhenitsyn in his The Gulag Archipelago that seems on point. It was about the greatest regret of those in the slave labor camps:

The forces of the Left right now know that they attack us short of violence in perfect safety. We cannot let them think that that safety will be there when they inevitably turn to violence. Thus, we must strike back overwhelmingly before that line is crossed.

Hand-wringing aside, it turns out a simple Google search reveals that same personal information.

I'm guessing that women with restraining orders against abusive ex'es, those who had been threatened for their religious or political views, and others revealed by Gannett's unconscionable disclosures would back Subotai's position.

I wrote that this action by the LHJN will be seen as the day that hostilities actually began.

The fact is, we are on a war footing with the left. My main suggestion is that we select Allen West as the person we will vote for in 2016. The wording of those last eight words is significant: we have to find a way around the Republican party without getting lost in the fog of creating a third party. Just Vote West 2016, and ignore the primary process, and all the usual "political calculations" going on. (Unless the process is markedly different next time, which I wouldn't bet on.)

Write in West. Tell the RNC that's what we are doing. And don't dilute it by naming a VP. Let him select whoever. It only works if we avoid that "ticket" BS altogether.

This idea gets pushback in the form of political calculation by people I respect. But I have to disagree with them.

Political calculation is what brought us Bush, McCain, and Romney. A war footing requires a wartime calculus. Hence this idea.

It also requires a step up in the level of response to the left.

We are losing the United States, and the Republican leadership is a great deal of the reason why. Look at Lindsey Graham's backbone-free statements the other day. John McCain's tepid response to the President's Fiscal Cliff BS today.

So yes, amp up the response. Follow the law, but also remember that The Constitution is law, too.

I've been saying this for a while now, though not nearly as eloquently. Subotai FTMFW.

K-Bob: I agree with your points...or I would if anything could be accomplished within the system any more. Sadly, I fear that time has come and gone.

Yeah, the system. That's why I think just ignoring the system is a better strategy.

Mind, I don't mean totally ignoring it. More like "steer it" by pledging to vote West in advance. Stop all this noise about "I hear Pawlenty is thinking of running" or "We need to be more like Democrats" foolishness.

If enough people just made it clear this is the way we're going, the Rove types will have to shut up and get on board, or die with the moribund Republican party.

Philip Anschutz, Walton's, Koch, Adelson families and other conservative money would help if they got into the media/propaganda market to counter what is currently feeding the ignorant.Plenty of major print media sources going under, can be purchased for peanuts (i.e.Cleveland Plain Dealer, San Francisco Chronicle).

I fear violence as a solution to any problem and that threat can be removed with informative and honest media.

As the Constitution is breached, look for trouble.

I am a licensed Hand Gun Owner from this area, I have been outed TWICE by The Journal News and Gannett the parent company.

This is the second time they have published my information in their unfettered zeal to promote their left wing agenda. Just because the can and it fits their agenda. They did this same thing [without a interactive map] back in 2006.

By doing so, they have put my Family in jeopardy by subjecting them [when I'm not there] to criminal activity. Several of my Friends, to include my Brother are retired Police Officers who have also had their personal information made available to any criminal now.

The Journal News argues that "it's all public information and available to anyone requesting it". To which I say "how many are lined up at the County Clerks Office asking for the information?"

They need to be held accountable for their actions and held to the very same standard they claim to work within.

The Rule of Law is dead.

Obey laws at your discretion.