CHANGE: In 2012, Generation Y voted to impoverish themselves

Generation Y professionals entering the workforce are finding careers that once were gateways to high pay and upwardly mobile lives turning into detours and dead ends. Average incomes for individuals ages 25 to 34 have fallen 8 percent, double the adult population’s total drop, since the recession began in December 2007. Their unemployment rate remains stuck one-half to 1 percentage point above the national figure. 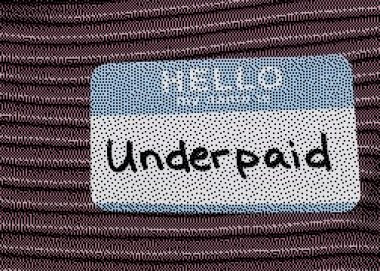 Three and a half years after the worst recession since the Great Depression, the earnings and employment gap between those in the under-35 population and their parents and grandparents threatens to unravel the American dream of each generation doing better than the last. The nation’s younger workers have benefited least from an economic recovery that has been the most uneven in recent history.

“This generation will be permanently depressed and will be on a lower path of income for probably all of their life — and at least the next 10 years,” says Rutgers professor Cliff Zukin, a senior research fellow at the university’s John J. Heldrich Center for Workforce Development...

Only one-fifth of those who graduated college since 2006 expect greater success than their parents, a Rutgers survey found earlier this year. Little more than half were working full time. Just one in five said their job put them on a career path...

Just one in five college graduates are on a legitimate career path?

Glad we found all of this out before the election.

Unless and until this country decides to vote for fiscal sanity, Generation Y -- and every subsequent generation -- faces a future that is decidedly bleak.

The endless class warfare, the untenable deficit spending, and the lack of leadership from the president all mean that the U.S. is destined to suffer a financial catastrophe the likes of which we haven't seen since the Thirties. We can look to Argentina for a recent example of a debt-fueled societal crisis.

Indeed, it won't be pretty... but, at least the kids can rest easy knowing it's "Fair" (actually, "Fairer", as more people will actually be poor)

Perhaps they didn't learn about Japan's "lost generation" (http://www.businessweek.com/stories/2007-05-17/japans-lost-generationbusinessweek-business-news-stock-market-and-financial-advice) because they were too busy watching "V for Vendetta" or enraptured by "Hope & Change" ;-)