40 Economic Factoids Ya Ain't Ever Gonna See in Legacy Media

#2 The United States was once ranked #1 in the world in GDP per capita. Today we have slipped to #14.

#3 The United States has fallen in the global economic competitiveness rankings compiled by the World Economic Forum for four years in a row. 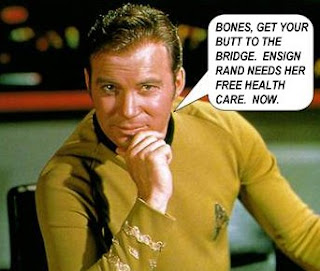 #8 The United States has lost a staggering 32 percent of its manufacturing jobs since the year 2000.

#12 The United States has lost more than a quarter of all of its high-tech manufacturing jobs since the year 2000.

#13 The number of full-time workers in the United States is nearly 6 million below the old record that was set back in 2007.

#14 The average duration of unemployment in the United States is nearly three times as long as it was back in the year 2000.

#16 The official unemployment rate has been at 7.5 percent or higher for 54 months in a row. That is the longest stretch in U.S. history.

#18 The average number of hours worked per employed person per year has fallen by about 100 since the year 2000.

#20 The U.S. economy lost more than 220,000 small businesses during the recent recession.

#21 The percentage of Americans that are self-employed has steadily declined over the past decade and is now at an all-time low.

#22 According to economist Tim Kane, the following is how the number of startup jobs per 1000 Americans breaks down by presidential administration...

#25 Since Barack Obama entered the White House, the average price of a gallon of gasoline in the United States has risen from $1.85 to $3.64.

#27 Right now there are 20.2 million Americans that spend more than half of their incomes on housing. That represents a 46 percent increase from 2001.

#29 According to USA Today, water bills have actually tripled over the past 12 years in some areas of the country.

#31 Median household income in the United States has fallen for four years in a row.

#32 As I mentioned recently, the homeownership rate in America is now at its lowest level in nearly 18 years.

#35 Back in 2007, about 28 percent of all working families were considered to be among "the working poor". Today, that number is up to 32 percent even though our politicians tell us that the economy is supposedly recovering.

#39 During Obama's first term, the federal government accumulated more debt than it did under the first 42 U.S presidents combined.

#40 Today, more than a million public school students in the United States are homeless. This is the first time that has ever happened in our history. That number has risen by 57 percent since the 2006-2007 school year.