Fast and Furious, Benghazi, the IRS. Lie upon lie upon lie. The federal scaffolding that is supposed to undergird the civil society is threatened by an administration and its apparatchiks in the federal bureaucracy that have demonstrated a reckless disregard for the truth.

And, as it pertains to Benghazi, not even the Pentagon is immune from the dry-rot of lawlessness. 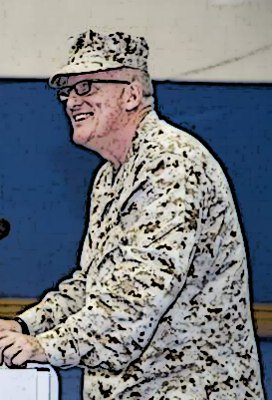 When insurgents attacked the U.S. diplomatic compound in Benghazi, Libya, last fall, Col. George Bristol held a key post in the region. As commander of Joint Special Operations Task Force-Trans Sahara, he was in a position to know what options the U.S. had to protect Americans under fire.

U.S. Ambassador Chris Stevens and three other Americans died in the Sept. 11 attacks, sparking national outcry and a congressional investigation examining the lack of protection. Several U.S. officials have testified before Congress since — but not Bristol, a salty Marine whose task force was responsible for special operations in northern and western Africa.

Defense Department officials have told members of Congress that Bristol cannot be forced to testify because he retired after stepping down during a March change of command ceremony, according to several media reports. The Pentagon reinforced that point of view to Marine Corps Times on Tuesday.

“Col. Bristol was not invited by Congress to testify before he retired,” said Air Force Maj. Robert Firman, a spokesman with the Office of the Secretary of Defense. “The DoD has cooperated fully with Congress and the Accountability Review Board since the beginning of this investigation, and we will continue to do so.”

That isn’t the case, however. While Bristol is preparing for retirement, he is on active duty through the end of July, said Maj. Shawn Haney, a Marine spokeswoman, on Wednesday. He will be placed on the inactive list on Aug. 1, she said. That contradicts statements that Pentagon officials have issued to both Congress and the media.

Pentagon officials said Wednesday that they were looking into the case. The situation will likely frustrate congressional critics, primarily Republicans, who say the Obama administration has not been truthful about the Benghazi attack and the U.S. response to it...

Oh, that's right: Amnesty for illegals is your top priority. You're a disgrace, John Boehner, an absolute disgrace.

Baloney. Us Military retirees are subject to recall.

Bone Head Boehner is by far the weakest House leader in my memory. He might as well be a Democrat.

The Pentagon is catching up to the reputation of the rest of the current executive branch of government. Citizens cannot trust one word that any of them utters.