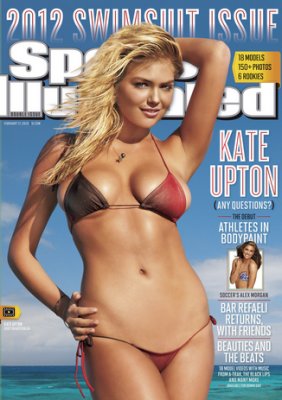 Well men, we’ve done it... thanks to research conducted by Carnegie Mellon University...

...So, there you have it ladies. Another study leading you to believe men are absolute pigs. Sure, we like sex. But so do you, no? I mean, pornography would likely help women feeling stressed as well. Our bodies function the same, for the most part. I’d like to see how the study would differ had they selected women to read a chapter of 50 Shades of Grey, or watch an episode of True Blood. My guess is the results would be “shockingly” similar.

Ya learn yerself something new everyday.

at 9:45 PM
Email ThisBlogThis!Share to TwitterShare to FacebookShare to Pinterest
Labels: Scitech, Water-cooler

Enough with hip-challenged Kate Upton and her fake boobs.

No, men are visual creatures to a far greater extent than women. That's a physiological fact, proved many times over; and not in question.