In Obama's Chicago, a Trayvon Tragedy Occurs Every Day of the Week


Urban Decay: When more Americans are killed in the president's hometown than in Afghanistan, even the media take notice. When will the president notice the carnage in the city run by his former chief of staff?

People are dying fast and furiously in Chicago, so much so that it caught the CBS eye and prompted "Evening News" anchor Scott Pelley to sit down Monday night with Rahm Emanuel, President Obama's former chief of staff and mayor of this monument to progressive decay, and ask a very pertinent question. 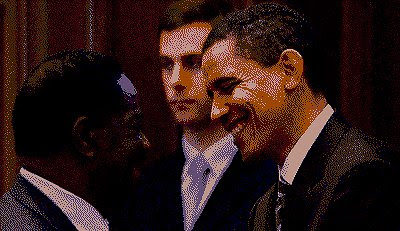 "I got a letter from a viewer the other day who asked us why we were spending so much time at 'The Evening News' covering Afghanistan when more people were dying in Chicago," Pelley said. "Why is the murder rate up 30%?"

Pelley put the number of murders in Chicago at 275 so far this year. On Monday alone, nine young people were shot in suspected gang-related violence, the Chicago Sun-Times reported.

Emanuel responded that crimes such as burglary, armed robbery and theft are down 10%. This is true, but it's small comfort to the parents of Heaven Sutton, 7, who was killed as she tried to dodge bullets fired from the guns of gangbangers. She was selling snow cones at the time.

Heaven didn't get quite the attention of Trayvon Martin, the Florida teenager killed by neighborhood watch member George Zimmerman. When perceived racism can be invoked as a cause of death, headlines blare. When it happens in a city beset by liberalism's failures, crickets chirp.

Mayor Emanuel announced Monday that he's devoting another $4 million to tear down vacant buildings where gang members live and store guns and drugs. Structurally sound buildings will be boarded up. But why are they vacant and boarded up? Why did 200,000 people flee Chicago in the past decade?

Chicago, like Illinois, is overtaxed and overregulated, a climate that attracts neither businesses nor people. It was the ideological incubator for a community organizer who would become president and blame all of America's problems on those who worked hard and succeeded.

Emanuel told Pelley that in addition to being a law enforcement issue, "it's about values. As I said then (when a 7-year-old Heaven was shot and killed last month), who raised you? How were you raised?" And by whom, we might add. Decades of progressive liberalism that started with LBJ's Great Society did much to destroy the black family in America.

Progressive liberalism does not teach the values of hard work and reaping the fruits of one's labor. It gives men fish instead of teaching them how to fish. It demeans the value of marriage by saying, "Don't worry, the government will be your parent," as generations of inner-city youth grow up without a father or male role model in the home.

The fact that African-Americans, with 12.6% of the nation's population, account for 50% of the murder victims just might have something to do with the fact that among blacks, 72% of births are to unmarried women. Yet President Obama focuses on gay marriages.

Mayor Emanuel and his former boss are all about redistributing wealth rather than creating it and fail to realize that no one ever got a job from a poor person. They embrace a cradle-to-grave, paternalistic liberalism that encourages dependence and discourages ambition, that puts food stamps above paychecks.

Hope and change? In Barack Obama's liberal citadel of Chicago, there's little hope that anything will change anytime soon.