Dershowitz: Zimmerman's the Man Who Had His Rights Violated

For once in my life, I agree with the far left attorney Alan Dershowitz. If there's anyone who had his rights violated in the Martin-Zimmerman case, it's the guy who survived a vicious beatdown using his Second Amendment rights.

Famed defense lawyer and Harvard law professor Alan M. Dershowitz is calling for a federal investigation into civil rights violations stemming from the George Zimmerman case — but he says the probe should focus on prosecutorial misconduct rather than on allegations of racial profiling and bias... Dershowitz said the jury’s finding that Zimmerman was not guilty of either second-degree murder or manslaughter was “the right verdict... There was reasonable doubt all over the place.” 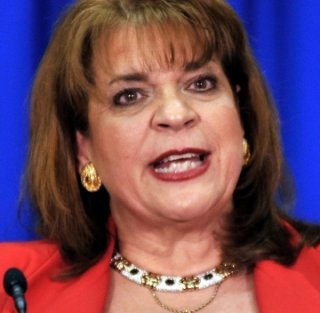 Immediately after the verdict was announced, however, the NAACP and outspoken activist Al Sharpton called on the Justice Department to launch a federal civil-rights probe, charging that the case had been racially tainted.

Dershowitz is calling for a civil-rights probe as well. But he contends the person whose rights were violated was Zimmerman.

“I think there were violations of civil rights and civil liberties — by the prosecutor,” said the criminal-law expert. “The prosecutor sent this case to a judge, and willfully, deliberately, and in my view criminally withheld exculpatory evidence... They denied the judge the right to see pictures that showed Zimmerman with his nose broken and his head bashed in. The prosecution should be investigated for civil rights violations, and civil liberty violations.”

Dershowitz said the second-degree murder case should never have gone to trial considering the flimsy evidence against Zimmerman... “If the judge had any courage in applying the law, she never would have allowed the case to go to the jury,” Dershowitz [said]. “She should have entered a verdict based on reasonable doubt.”

Dershowitz singled out special prosecutor Angela Corey for “disciplinary action... The prosecutor had in her possession photographs that would definitely show a judge that this was not an appropriate case for second-degree murder,” the Harvard professor told Newsmax. “She deliberately withheld and suppressed those photographs, refused to show them to the judge, got the judge to rule erroneously this was a second-degree murder case.

“That violated a whole range of ethical, professional, and legal obligations that prosecutors have. Moreover, they withheld other evidence in the course of the pretrial and trial proceedings, as has been documented by the defense team,” he said...

...Asked if he expects Attorney General Eric Holder’s Justice Department to launch a civil-rights investigation targeting Zimmerman, Dershowitz stated: “I don’t think that’s going to happen, and if it happens, I don’t think it would succeed.”

The real story behind the tragic tale of Trayvon Martin involves a school district's misguided policy and what would appear to be an entire industry of race-hustlers.

The real tragedy of Trayvon Martin is that he was behaving exactly as black American society expected him to.

Martin emulated the image of the thug; the "gangsta". This is what black Americans strive to be and what they admire about their rap-star image.

Then, everyone is shocked to find out that this behavior will get you killed.