It appears President Obama and his apparatchiks have figured out how to use the tragic Trayvon Martin case for more than just race-baiting. The authoritarians are also using it as a back-door attack on the Second Amendment, specifically targeting the more than 30 states that have "Stand Your Ground" laws on the books. And Senator Ted Cruz (R-TX) is having none of it. 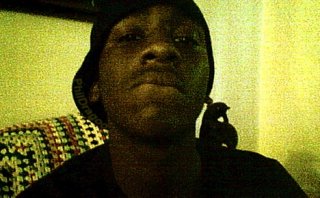 President Barack Obama’s suggestion that state “Stand your Ground” laws should be examined after the fatal shooting of Trayvon Martin could amount to an assault on the right of Americans to own guns, Sen. Ted Cruz said in Iowa Friday.

Speaking after addressing a Republican group, Cruz told reporters he hadn’t yet watched Obama’s remarks. But when asked to respond to Obama’s call for a review of laws in individual states, Cruz responded by saying the president was trampling on constitutionally guaranteed rights.

“It is not surprising that the president uses, it seems, every opportunity that he can to go after our Second Amendment right to bear arms,” the Texas Republican said. “This president and this administration has a consistent disregard for the Bill of Rights.”

Instead, consider the fact that Blacks and Hispanics benefit more than Whites from the Florida 'Stand Your Ground':

...for decided cases, 69 percent of blacks who have claimed the Stand Your Ground law as a justification were not convicted (24 out of 35)...

...For whites, the percentage is actually lower. 62 percent of whites who claimed Stand Your Ground as justifying their actions were not convicted (40 out of 65)...

...For Hispanics, 78 percent successfully rely on the Stand Your Ground law (7 out 9 cases).

By my count, that makes 1,806 straw-man arguments by this president that have been proven utterly fraudulent. As for why POTUS chose yesterday to deliver his second set of remarks on the Zimmerman case? Here's why.

What is with all the FACTS ? Facts don't make a story up - Obama does!