DOOMED: Top 9 Big Cities That Will Soon Be Following Detroit Down the Black Hole of Democrat-Union Bankruptcy

In April, Moody’s Investors Service, a bond rating agency, issued a report identifying 29 municipalities selected for review over concerns of credit-worthiness... Their chief concern: Some municipalities are underreporting pension liabilities; the ways in which those large costs are reported can vary widely from place to place.

...Cities on the list for review aren’t necessarily facing imminent downgrade, though their mere presence on that list makes it more likely... Moody’s, as we speak, is re-examining these nine largest cities...

9. Chicago: ...Moody’s downgraded The Windy City’s credit rating by three notches last week, as a result of $19 billion in unfunded pension debt... [and] mayor Rahm Emanuel, President Obama’s former chief of staff, [told] city employees they should sign up for the federal health insurance exchanges. It’s almost as if he might have known the city was running out of money to fund employee health care.

Sure enough, Pew reports Chicago’s retiree health benefits are exactly 0 percent funded. As in, not a single dollar against a $1 billion liability. 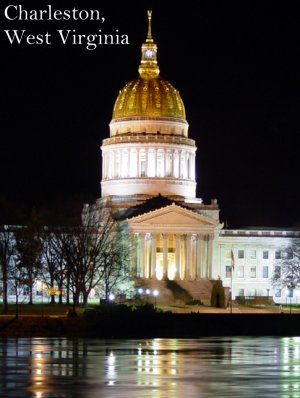 8. Portland, Ore.: Moody’s is reviewing the city’s credit rating for its general obligation bonds, but also for Portland’s tax obligation bonds, housing bonds and redevelopment bonds. The city has more than $453 million in unfunded pension debt... Pew notes Portland “had virtually no asset” to offset unfunded liabilities of $2.3 billion in fiscal 2009 for its pension and disability plan for police and firefighters.

7. Omaha, Neb.: ...has managed to ring up more than $1.4 billion in pension liabilities, and it has only enough cash saved to pay about 43 percent of those costs...

6. Minneapolis: Minneapolis has piled up more than $700 million in unfunded pension liabilities, prompting the ratings agency to take another look at the city...

5. Cincinnati: Moody’s downgraded Cincinnati just last week, after it was placed on the list of possible downgrades in April... The city’s unfunded pension liability tops $700 million.

4. Providence, R.I.: With a funding ratio — the percentage of pension debt versus current assets to pay — of 42 percent, Providence’s pension mess, per capita, is even worse than Chicago’s... But Pew notes Providence has taken some steps in the right direction. The city suspended annual cost-of-living adjustments for retirees and now requires all former workers olden than 65 to switch to Medicare instead of receiving health benefits from the city.

3. Trenton, N.J.: Moody’s is reviewing general obligation bonds issued by Trenton’s public school system. A downgrade on those bonds would follow fast in the footsteps of a citywide downgrade in 2011.

2. Santa Fe, N.M.: In putting Santa Fe “on notice” a few months ago, Moody’s noted the severity of the city’s pension problems. Moody’s ranked the city of Santa Fe as the worst in the country, saying it has net pension liabilities equal to six times its operating revenue.

1. Charleston, W.Va.: ...Charleston has the worst-funded pension system of any major city in the United States, with only 24 percent of the necessary funds to cover more than $337 million in pension debt...

What do all of these cities -- and many, many more -- have in common? The infernal alliance of the Democrat Party and public sector unions.

It's always sad to see a good meme die said...

Some of the above cities have had conservative mayors and leadership, including the #1 entry, Charleston, whose Republican mayor is currently serving his third term. Don't let bothersome facts spoil a good kneejerk, though.

Yeah, right. I can just imagine what those conservatives looked like in their political machinations. Hell, Bloomberg was a Republican. Idiot. Keep on winning!

So, #2, maybe the key factors are public sector unions, Democrat policies (even if Republicans use them) and corruption.

Agree with your point however Charleston, WV?
As in any open container, the contents spill out whenever the sides are withdrawn. Because of the city's "management" over the last several decades there is now less than 50,000 residents. They continue to chase revenue by annexing relocated people and maximizing taxes to the poor souls still within "city" limits. They cannot keep decent downtown restaurants or bars because most people hurry back home after work leaving Charleston to the thugs. The only people prospering here are government officials and attorneys preying on business. This is NOT a major city and should not be included on the list.