It’s happening: Syfy is going back in the waters for a “Sharknado” sequel, and this time in Gotham. 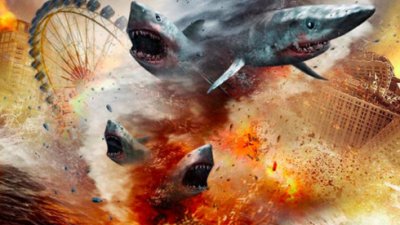 The NBCU cable net officially announced a follow up to last week’s viral creature feature, tentatively titling the newly greenlit pic “Sharknado 2.” Variety reported last week that talks were underway at the cable net for a “Sharknado” followup less than a day after the TV movie launched.

The Asylum, the shingle behind the first “Sharknado” along with other Syfy original movies, will return to produce the telepic, which will take place in New York City. (“Sharknado” was set in L.A.) Syfy will debut “Sharknado 2″ next year.

The sequel is said to be a documentary.

at 9:45 PM
Email ThisBlogThis!Share to TwitterShare to FacebookShare to Pinterest
Labels: Hollywood, Water-cooler

Can't they site it in deecee and make it a 'reality show'??