Gee, I wonder how the Cartels will adapt to this brilliant tactic on the part of DHS?

The Border Patrol is as busy as ever catching smugglers hauling drugs from Mexico. But many who are caught are now being given a free pass.

Brooks County Sheriff Rey Rodriguez took us on Texas Highway 281. This is a major route for smugglers bringing narcotics into the United States from Mexico. He acknowledges that drugs come up here every day and in multiple loads. 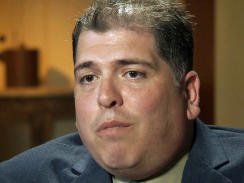 Each year the Border Patrol checkpoint seizes hundreds of thousands of pounds of marijuana.

"We have 'em put it in spare tires and gas tanks," said a Border Patrol agent, whose voice and identity has been disguised because the agent feared of being fired for telling us what happens next - that up to 60 smugglers a month are being let go.

"We catch 'em, but then because our hands are tied, they end up walking and being released," said the agent.

As for what the biggest load of marijuana he's seen where someone was still let go, he said: "The biggest load that I've seen is right around 140 pounds."

"We're having problems here," said Garcia. "And it's not crime that's in our area, it's crime that's passing through our area. They just happen to get caught here... they're going to the rest of the United States."

The Justice Department declined our request for an interview. But in a statement, the agency said it had to "make difficult choices regarding funding" for border prosecutions.

The Border Patrol told CBS News in an email that if no one picks up those cases, agents have "no alternative but to seize the illegal drugs ... and then release the individuals involved".

...Since suspects can't be released at this highway checkpoint, federal agents are often stuck giving smugglers a ride to the nearest bus stop.

As for Janet Napolitano: good riddance. Hopefully her replacement will be someone marginally competent, which would be a thousand-fold improvement. But I'm not holding my breath.

For nepalitano to resign so aptruptly there has to be a major scandal coming down the pipeline.