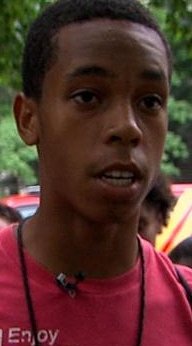 20 Of Trayvon Martin’s Tweets That Stand Out (Language Warning): RWN
Thanks to the jury. You’ve restored a modicum of faith in the rule of law: PW
This Generation’s Real-Life Bonfire Of The Vanities: HayRide

To The Government: NOW You're F*ed: Market Ticker
The Picture Of Trayvon On Night He Was Shot That The MSM Didn’t Show: WZ
America under tyrannical rule: what we must now do: Homeland Security

How About Amnesty for All Those Hezbollah Terrorists in ... Mexico?: Jawa
Full Scale Jihad Is The Goal Behind Rioting Over Zimmerman Verdict: Dean Garrison
No Reports of Jewish Riots After Grossly Antisemitic Show Begins Airing on Arab TV: Algemeiner

Image: This Is What a REAL Hero Looks Like
Sponsored by: Contact your Senator now to tell Harry Reid Don’t Nuke The Senate.

QOTD: "People rarely focus on the real issues -- in government or elsewhere -- because if you do then you're forced to deal with the ugly reality of what you're promulgating and why. The race pimps are all ignoring the fact that Trayvon Martin was on top of Zimmerman and beating him when he was shot. That's what the evidence shows. The entirety of the case prior to the point where Martin threw a punch is immaterial. You do not have the right to physically attack someone because they're walking in a place where they have a right to be as they live there, even if you're being "followed." You do not have the right to respond to someone asking you a question by decking them. The factual timeline of events placed Martin with four minutes after he broke off contact with Zimmerman to contemplate not being "respected" and then to return to the apartment where he was staying, a walk of some 50yds that would require less than one minute. Instead he decided to double back and physically assault Zimmerman.

But the evidence doesn't just show an assault, it showed that Martin deliberately mounted Zimmerman, cutting off his ability to escape the confrontation and continued beating him. The physical evidence showed lacerations on Martin's knuckles consistent with the repeated striking of Zimmerman with his fists and no lacerations on Zimmerman's hands. In other words, Zimmerman didn't strike Martin with any material amount of force and in fact he probably didn't hit him at all.

We all have a right to life but you do not have a right to place anyone else in reasonable fear that you are about to take their life or do them great bodily harm. When you mount someone in a fight who has fallen and continue beating them you have crossed the line between a fight and an act of aggression that reasonably leaves the person you have mounted believing you intend to seriously injure or kill them. That's the standard for the use of deadly force in lawful self-defense and that standard is exactly where it should be." --Karl Denninger

That is a stunning piece by Karl Denninger. He is right.
Everybody should read it.