SOMEONE TELL JOHN BOEHNER AND KARL ROVE: The Case for Stopping ObamaCare is at an All-Time High


Health Overhaul: Republicans are fighting over a government shutdown when they should be telling a receptive public that if ObamaCare takes effect, the result will be massive taxpayer fraud and privacy violations.

News accounts have focused on GOP threats to block any ObamaCare implementation funds in next year's spending bills, even if that risks a presidential veto and a government shutdown. 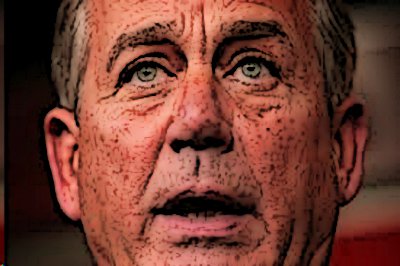 That, naturally, has sparked a public debate among Republicans not over the merits of stopping ObamaCare, but over the political fallout of such a high-stakes face-off. Sen. Richard Burr, R-N.C., called it "the dumbest idea I've ever heard."

But while the political risks of such a strategy are no doubt real, the risks to the public should the law go forward are even greater. Put simply: If ObamaCare goes into effect on Oct. 1, the result will be fraud and abuse on a monumental scale. Here's why:

In its rush to meet ObamaCare's deadlines, the administration gutted the law's verification requirements. The ObamaCare exchanges are supposed to verify eligibility and income information provided by applicants before handing out billions in taxpayer subsidies.

Not anymore. Instead, the exchanges can just take the applicant's word for it, creating an open invitation for people to abuse the system by fudging those facts.

Nor is the ObamaCare data hub, which will connect seven other huge federal databases, anywhere near ready. More than a dozen GOP lawmakers complained in a letter to HHS that the hub "has not been tested" and that it's unclear whether it will be "able to protect sensitive health and taxpayer information."

Rep. Patrick Meehan, R-Pa., said that without such protections, the Hub would be a "honey pot" for hackers and identity thieves.

In addition, the administration is cutting corners so it can quickly hire thousands of "navigators" before ObamaCare's start date. They're not even running criminal background checks. This is particularly troubling, since ObamaCare gives these navigators — who'll guide customers through the sign-up process — access to vast amounts of private tax and income data.

So, in other words, none of the key safety features of ObamaCare is ready, and won't likely be for at least another year.

The public has never been more open to such concerns, with polls consistently showing a clear majority opposed to the law. Even among Democrats and unions, support is tumbling.

So Republicans have an incredibly strong hand to play. Do we really want to open the door to vast amounts of fraud and abuse just to stick to the law's arbitrary deadlines?

Given that it's been more than three years since the president signed ObamaCare into law, putting it off one more would hardly matter, especially if it prevents these kinds of abuses. Plus, it would give ObamaCare critics more time to draft better alternatives.

But as long as Republicans are fighting among themselves over a government shutdown, this hand will never get played.

with all due respect...

your repeated call to defund obamacare reminds me of that old joke about the guy who got a poisonous bite on his penis.

distraught, he saw an asian herbologist. this guy told him he did NOT need to have his penis amputated. }two three weeks, it'll fall off by itself."

we don't need to defund obamacare. two three quarters it will collapse on its own. if we defund it, then they will blame us.

@Reliapundit - Problem is, no government program "collapses on its own". I can't think of one. We need to stop it now.