LEAN FORWARD: Thousands of low-level bureaucrats and contractors will be able to view your medical records

Well, I don't foresee any privacy problems with this:

Would you trust thousands of low-level Federal bureaucrats and contractors with one-touch access to your private financial and medical information? Under Obamacare you won’t have any choice. 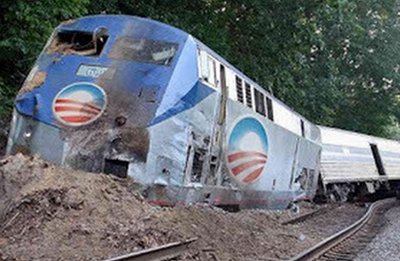 As the Obamacare train-wreck begins to gather steam, there is increasing concern in Congress over something called the Federal Data Services Hub. The Data Hub is a comprehensive database of personal information being established by the Department of Health and Human Services (HHS) to implement the federally facilitated health insurance exchanges. The purpose of the Data Hub, according to a June 2013 Government Accountability Office (GAO) report, is to provide “electronic, near real-time access to federal data” and “access to state and third party data sources needed to verify consumer-eligibility information.” In these days of secret domestic surveillance by the intelligence community, rogue IRS officials and state tax agencies using private information for political purposes, and police electronically logging every license plate that passes by, the idea of the centralized Data Hub is making lawmakers and citizens nervous.

They certainly should be; the potential for abuse is enormous. The massive, centralized database will include comprehensive personal information such as income and financial data, family size, citizenship and immigration status, incarceration status, social security numbers, and private health information. It will compile dossiers based on information obtained from the IRS, the Department of Homeland Security, the Department of Defense, the Veterans Administration, the Office of Personnel Management, the Social Security Administration, state Medicaid databases, and for some reason the Peace Corps. The Data Hub will provide web-based, one-stop shopping for prying into people’s personal affairs.

...However, the hacker threat is the least of the Data Hub worries. The hub will be used on a daily basis by so-called Navigators, which according to the GAO are “community and consumer-focused nonprofit groups, to which exchanges award grants to provide fair and impartial public education” and “refer consumers as appropriate for further assistance.” Thousands of such people will have unfettered access to the Data Hub, but there are only sketchy guidelines on how they will be hired, trained and monitored. Given the slap-dash, incoherent way Obamacare is being implemented the prospect for quality control is low. And the Obama administration’s track record of sweetheart deals, no-bid, sole-source contracting and other means of rewarding people with insider access means the Data Hub will be firmly in the hands of trusted White House loyalists...

In other words, the Obama administration -- which has abused ICE, the IRS, the DOJ, the ATF, and a host of other agencies for political ends -- will have the ultimate leverage over you, the individual. It will know everything about your physical and mental condition. And its political arms -- radical community organizations like ACORN and La Raza -- will have unfettered access to your health care data.

The HHS Data Hub can (and, if not halted in its tracks, will) be used as a lever to achieve absolute control over the individual.