The Cover Photo Rolling Stone Should Have Run

You may have seen or heard about the latest cover of Rolling Stone magazine. It is intentionally designed to glamorize the scumbag terror bomber who I refuse to name. 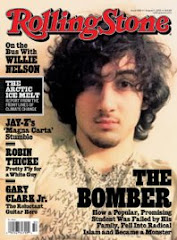 Celebs have taken to Twitter to call for a boycott of Rolling Stone, and now CVS is joining everyone with an ounce of decency in condemning the magazine’s rock-star treatment of accused Boston bomber Dzhokhar Tsarnaev. The company posted this message on its Facebook page:

CVS/pharmacy has decided not to sell the current issue of Rolling Stone featuring a cover photo of the Boston Marathon bombing suspect. As a company with deep roots in New England and a strong presence in Boston, we believe this is the right decision out of respect for the victims of the attack and their loved ones.

The pathetic hacks who run this joke of a magazine could have, of course, gone with a different photo. 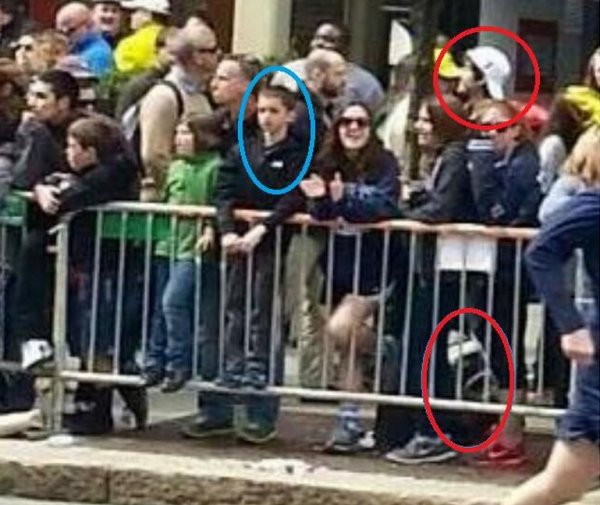 These are the innocent victims who will soon be dead or crippled, including an eight-year old boy (circled in blue) happily clinging to a rail watching the race with wonderment. And Rolling Stone's hero, the terrorist throwback from the seventh century (circled in red) has just dropped off his bomb.

You disgust me, Rolling Stone. You fill every molecule of my body with revulsion.

We can only hope that if someone is mutilated in the next bombing attack, it is the owners, employees or family members of this vile propaganda magazine, and no one else.