NO TAXATION WITHOUT REPRESENTATION: Americans Say "Hell No" to a Federal Bailout of Detroit

Other People's Money: Having dug itself into an $18 billion hole, bankrupt Detroit now has allies in Washington calling for a federal bailout. This isn't going to help the city recover.

Bankruptcy, invented by the Renaissance Dutch to halt a debtor's spiral of debt and the behavior that led to it, is in fact a positive first step to any sort of recovery. 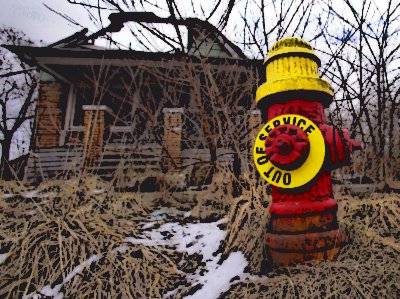 "There's some good things that come out of bankruptcy," Sen. Rand Paul, R-Ky., told Breitbart News. "One is you get to start over. Bankruptcy lets you be forgiven of your debt. And you do so by getting new management, better management, and by getting rid of unwieldy contracts ... and things come back more to normal."

In the case of Detroit, that's what's needed, because nothing has been fiscally normal about that city since its long decline began in the 1960s.

The city's failure to confront its fiscal reality is precisely what led to its dire straits in the first place.

A bailout may bandage over the derelict city's $18 billion in debts, but it won't change the fact that it's still run by an emergency manager, has nonexistent city services, and contains abandoned houses and fallow land that make parts of the city literally look like a war zone.

Bailouts can't help because these wounds were self-inflicted, not external.

The city's top taxpayer, the auto industry, for starters failed to adapt to the global economy. Out-competed by the Japanese, it opted for protectionism instead of sharpening its competitive game.

As a result, jobs dried up, and the city lost 60% of its population, going from 1.8 million in 1950 to 702,000 in 2010. But instead of attracting new investment as more survival-oriented places do, Detroit maintained the fourth-highest rate of corporate taxation in the country, ensuring that investment stayed out.

In denial, it kept 10,000 city government workers on the payroll, boomtown strength. The Detroit News found the city had more employees per resident — 55 — than any city in the U.S. except San Francisco.

Its failure to downsize left it with unfunded pension debt of somewhere between $3.5 billion and $9 billion.
Layoffs, though hard for workers, would have freed them to find jobs in cities that could keep their promises, and would have helped Detroit. But politicians had absolutely no connection with reality to do it.

They seemed to believe money was in infinite supply. The federal bailout of the Detroit-based auto industry in 2008 went a long way toward making the city think it too would get a bailout if it wanted one.

The problem here is that there have been nearly 40 municipal bankruptcies since President Obama took office, with more to come. If Detroit gets a bailout, they'll all line up for one. Yet bankruptcy's chief virtue is that it forces cities, and the voters, to reconsider bad decisions, to change their behavior and focus on recovery.

This happened in New York in 1975, when President Ford shocked the city out of its complacency by telling it to "drop dead." It got some aid eventually, but the net result was the 1977 election of Ed Koch, who governed as a fiscal conservative. That's the kind of tough love Detroit needs right now — not another bailout.