How many elections does Karl Rove have to lose before he and the rest of the Beltway elites learn that pandering to different ethnic groups is a losing proposition? That liberty, private property rights, low taxes, and economic opportunity resonate with all people, regardless of race, color or religion?

A Republican in California won a state Senate seat on Wednesday in a District in which Democrats have a 22-point advantage and that is 60% Hispanic...

Andy Vidak, the Republican farmer, won the special election runoff for the 16th District Senate seat when his opponent, Democrat Leticia Perez, a Kern County Supervisor, conceded on Wednesday ... Vidak, a working class candidate, resonated with working class Hispanics in the district who also saw how coastal California elites were not putting their bread-and-butter interests first... 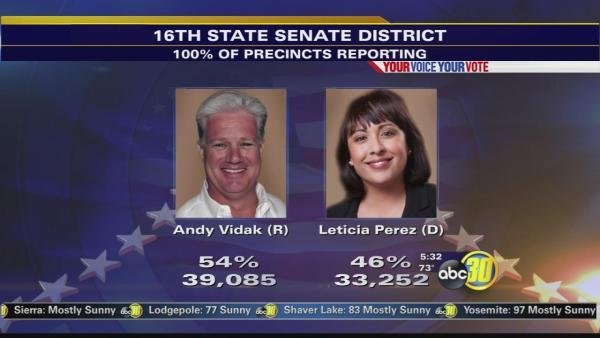 Vidak ran broadly on "the bifurcation of California: the coastal liberal elites versus the Valley folks." On a more local level, Vidak's theme of "fish versus farmer" resonated with Democrats in a District where the unemployment rate is 15% and as high as 30% in some communities in the District. Vidak reminded voters that liberal environmentalists, in order to protect fish, only allowed farmers to receive 20% of their water allocation, crippling the region's economy. He also stressed that Perez supported the the state's high-speed rail project that would have razed business, farms, and homes in the District. Because she supported the agenda of coastal elites and Democrat interest groups, Perez was able to raise twice as much money as Vidak, but 16th District voters ultimately rejected her liberal policies.

It is often said that California is a harbinger of things to come for the country. For Republicans looking at California, there has not been much of hope of late, but Vidak's victory could be a sign that areas that have traditionally voted for Democrats may give the right kind of Republican a chance as they see unemployment rates increase and opportunities for upward mobility decrease in their communities.

But apparently this lesson is too difficult for Karl Rove and the rest of the K Street consultant class to grasp.

The people running the GOP are talentless, gutless, directionless clowns, steering the opposition party with their heads up their asses.

But how do I really feel? I have even more contempt for those among us who tolerate them.

A lot of people get up every day and go to jobs that they don't particularly like to put dinner on the table. Republicans win elections when they actually acknowledge that these people exist.