As if the tools in Praetorian Media haven't been embarrassed enough over the past four-plus years -- having to cover for their increasingly scandal-ridden failure in the White House -- their latest gaffe really is hilariously unhinged.

...It isn’t very hard to catch Al Gore and his Climate Reality project followers in ridiculous claims that don’t hold up. For example there was his statement on national television where he claimed the temperature of the interior of the Earth was “millions of degrees” and then there is his “Climate 101″ video that failed so they had to fake the results in post production. None of his followers call him out on such things, so it isn’t a surprise to find that they think this photo proves the North Pole is melting, far worse than before... 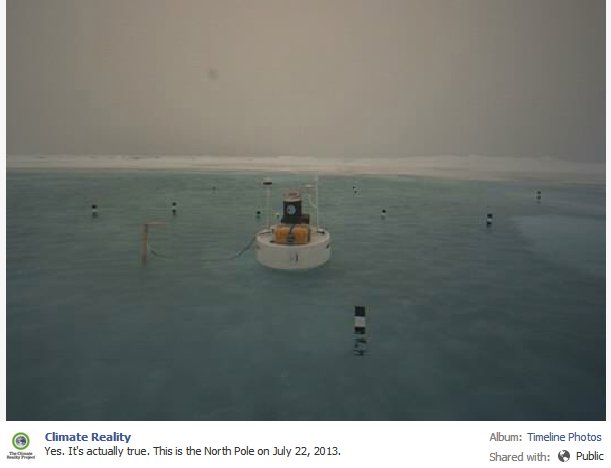 ...Only one problem: that picture wasn’t take at the North Pole, it was taken over 300 miles away.

You see while they were busy lecturing the faithful, they forgot the one teensy-eeensy little detail about the source of this photo. It is from camera on top of the sea ice, and sea ice isn’t static, it moves. In fact according to the University of Washington who manages and tracks  these floating cameras and weather stations, while they started out near the North Pole, they aren’t anywhere close to it now. See the map:

Oh, my. Well that certainly is embarrassing. But the hapless Leftists didn't just stop there.

That was enough to spur the sans-factually emotive Huffington Post into action with a before and after comparator: 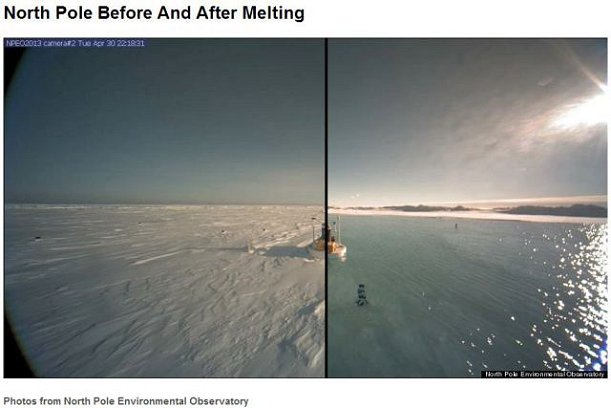 ...Of course, like the Gore Reality Bots, all of these “journalists” also missed the simple fact that the photo was taken hundreds of miles away where the buoy had drifted to. They could easily check this themselves with about 30 seconds of work, visiting the source for the photo here...

...And as of today the “North Pole melt crisis” seems to be over...

...And, of course, photos actually taken at the North Pole by the US navy show that such open water in a regular occurrence in the past: 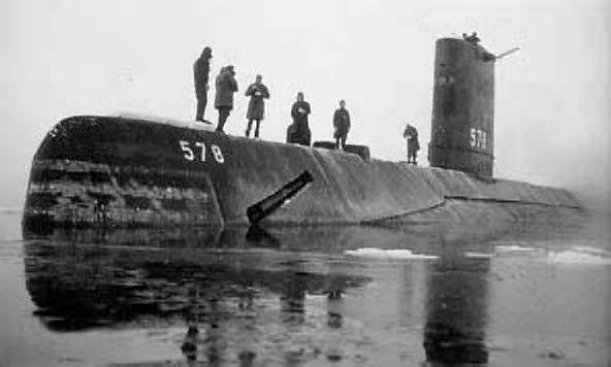 If it wasn't for global warming, maybe the kooks at HuffPo would have some ice to put on that.

Stephen Colbert just did a whole segment on this on Tuesday night's show. Why doesn't any conservative journalist (such as you, Breitbart, or someone else) write to him and demand a correction?

Start the ball rolling and hold the MSM accountable!