America is a smaller place today. Larry Grathwohl, one of America’s truly unsung heroes, has died. He will be missed. Readers may recognize Larry’s name as the only informant to successfully penetrate Bill Ayers’ communist Weather Underground Organization (WUO). He wrote a book about his experiences, Bringing America Down: An FBI Informer with the Weathermen, re-released this spring. 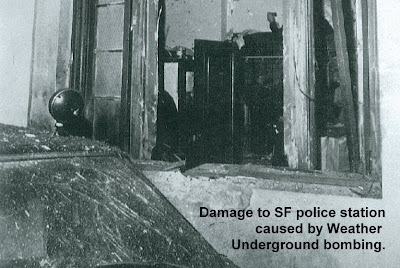 During the run up to the 2008 election, an interview with Larry surfaced in which he described a meeting he attended where Ayers and company discussed how they would have to murder an estimated 25 million people following the revolution they were then attempting to foment. You can still see that interview, here.

Despite making the rounds of Fox talk shows and earning extensive write-ups in the blogosphere, Larry’s story was suppressed in the extremist left, Obama-promoting mass media. But why not, according to Obama, he was just a “guy who lives in my neighborhood.”

Sure. Nothing to see here, move along now…

Most people are also unaware of just what kind of fighter we had in Larry Grathwohl. During the Vietnam War, Larry was a member of a Hatchet Force unit of the 101st Airborne Division. This small force of 40 or fewer men was sent in to rescue other Special Operators in trouble and/or challenge the Vietnamese Communist forces operating in the area. They were among the toughest of the tough. Larry was an utterly fearless, dedicated patriot.

He carried that fearlessness and patriotic dedication into his undercover work, which started with the Cincinnati police – on a strictly voluntary basis while he held down a full-time job and tried to raise a family – and ultimately led to his work for the FBI. He testified before the U.S. Senate in 1974 about WUO operations, including naming Dohrn as the person responsible for a deadly bombing. Despite his unimpeachable testimony, Ayers and Dohrn were able to squirm out of convictions for their treason and murder on a technicality.

Most people are unaware that Ayers and Dohrn were under control of Cuban intelligence, along with fellow comrades Mark Rudd, Carl Davidson and others, during their Weather Underground days, according to declassified government documents. So Ayers was even more than just a communist terrorist – as though that weren’t enough. He was an active traitor working on behalf of our sworn enemies during wartime. WUO activities at the time included multiple bombings, plans to bomb passenger airplanes and plans to assassinate the President, Vice President, Attorney General and New York Governor Rockefeller.

And while he is feted these days as a “distinguished professor” Ayers retains his communist ideology and continues to regularly hobnob with enemies of our country. It would be interesting to know if he still has Cuban handlers. Not likely to find out – or maybe he doesn’t even need them anymore – with the Cuban terrorist sympathizing Eric Holder running the DOJ, and Ayers’ Marxist friend, Barack Obama, in the White House.

Larry, however, never gave them a break. On his own dime, he would travel to seminars where Ayers and Dohrn were scheduled to speak, and wait his turn to challenge them about their endless lies and participation in terrorism and murder. Most of the time, the gutless Ayers ducked out of the building before Larry could confront him. But Larry never gave up trying.

He also participated in an ongoing, years-long effort to reopen the murder investigation of Police Sergeant Brian V. McDonnell, who died in the 1970 San Francisco Park Station bombing. The San Francisco Police union has joined in this effort. This bombing was carried out by the WUO, and according to Grathwohl, Ayers implicated Dohrn when he complained of certain members’ lack of commitment to the cause, explaining that Dohrn had to do the bombing herself:

As soon as we had all assembled, Bill began a criticism session of myself and my associates for having spent too much time preparing for actions (bombings) and not doing anything. He reminded us of the commitment all of us had made to the overthrow of the U.S. government at the National Council Meeting in Flint the previous December and how our inactivity was harming the Cubans, the Vietnamese and the Chinese. Bill went on to describe how Bernardine Dorhn, a Weather Underground central committee member and considered the leader of the Weather Underground, had to plan and commit the bombing of the Park Station in San Francisco. This bomb contained fence staples and was placed on a window ledge during a shift change ensuring the presence of the greatest number of police officers and the greatest possibility of death and injury. Several Police Officers were injured and one, Sergeant McDonnell, was killed by fence staples used in the bomb. 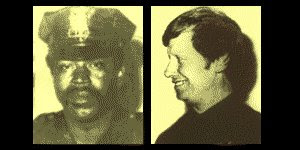 Grathwohl also challenged other WUO members about their participation in terrorism. In an interesting exchange at a recent seminar, Mark Rudd referred to Bernardine Dohrn offhandedly when asked about his participation in murder. “I don’t think the issue of my relationship to Bernardine Dohrn is what’s at stake here. Rudd defends himself, but there was no reason to mention her name specifically except in reference to WUO violence.

There is no statute of limitations on murder, and while that is unlikely to motivate the FBI right now, under a loyal, patriotic administration, such an investigation could be resumed. In the meantime, a significant amount of corroborating evidence has surfaced, including extensive photos of the San Francisco WUO bomb factory where the Park Station bomb was likely constructed. Larry never missed an opportunity to talk about it.

In the video below, Larry talks about how a 2012 Robert Redford movie “The Company You Keep” absurdly romanticizes the Weather Underground. But there was nothing romantic about this group. Bill Ayers’ manifesto, Prairie Fire, spelling out the WUO’s determination to bring communist revolution to America, makes that unambiguous. George Soros now controls the documentary portion of Redford’s Sundance Institute. Larry places this absurd propaganda film in the context of the Weather Underground’s extensive campaign of bombing and terror, which killed and injured many people.

Larry dedicated the better part of his life to seeing these despicable traitors brought to the justice they so richly deserve, and he paid heavily for it. It is a sad day in America when such a true hero dies in obscurity, while one of our very worst is feted in the cocktail circuit, lives high on the hog as a parasite on America’s back, and spends his every waking moment trying to destroy the country that could produce such men as Larry.

At the end of his Weathermen chronicle, Fugitive Days, Ayers states, “Guilty as Hell, free as a bird – it’s a great country.” If there is any justice, Ayers and Dohrn will ultimately reward Larry’s sacrifices by facing prosecution for their crimes in this world. Either way, they will certainly face a horrible reckoning in the next.

Reliapundit said...
This comment has been removed by the author.
10:41 PM

Maybe there's an upside to all this: Jan Wenner, the publisher of Rolling Stone -- or someone he loves -- just might get their legs blown off by the next big-city bombing by terrorists he is so fond of, instead of anyone else.

Thanks for this great tribute to a great man...a true warrior and hero.

It sticks in my craw that Ayers and Dohrn are free and that most of their ilk are now college professors...paid to whine out their hatred of America and poison young impressionable minds. They should have been hung/shot/lethally injected.

I'd never send any of my children/grandchildren to an institution where they foment their noxious evil theories.

Moreover, I'll never buy anything from Robert Redford (Sundance catalog) or watch another movie in which he is involved.