Just when you think the Obama administration has hit bottom, it breaks out the pick-axe and starts digging. 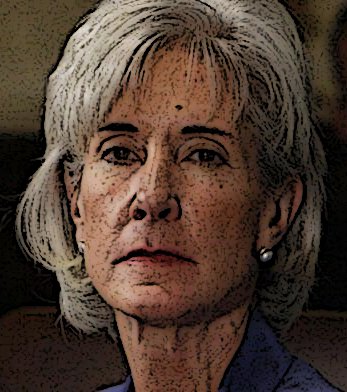 Are President Obama, Attorney General Eric Holder and Secretary of Health and Human Services Kathleen Sebelius purposely seeking to politicize the Trayvon Martin tragedy by injecting racial politics into the growing debate about the future of Obamacare?

Andy McCarthy, the former U.S. prosecutor who prosecuted the 1993 World Trade Center bombers and has since become one of National Review Online's best read columnists, has no doubt that is what is happening. Here's how he puts it in an NRO post that is generating a lot of heat by seeking to shed light on a tough issue:

"The attorney general of the United States is engaged in a shocking extrajudicial publicity campaign. Eric Holder is prosecuting George Zimmerman in the court of public opinion because he knows he wouldn't have a prayer of convicting him in a court of law. Worse, in doing so, Holder is quite deliberately stoking resentment and tension — under the guise of leading a 'national conversation' about race," McCarthy writes.

"At precisely the same time, the United States secretary of health and human services has loathsomely injected race into the debate over Obamacare. Toward the conclusion of this week's NAACP grievance fest, Kathleen Sebelius took the podium to demagogue Obamacare opponents. The fight against them, she inveighed, is reminiscent of "the fight against lynching and the fight for desegregation." She made these inflammatory remarks just as violence was erupting over Zimmerman's acquittal in the Trayvon Martin shooting, no small thanks to Holder's accomplice, Al Sharpton.

"These episodes are not unrelated. They are coordinated."

Apparently, this race-baiting dimwit forgot about the opposition to the Democrats' last attempt at socialized medicine, otherwise known as "HillaryCare".

I lived in KS. when that broad was Governor. She would do nothing about illegal aliens and we begged her to stop the abortion Dr. She did nothing to save babies. We later found that the abortion Dr. contributed heavily to her campaign. I consider her to be evil.
Many people in KS. are Libertarian & voted that way. The majority are very conservative people. Their votes continued to get Dems in office. They finally woke up & have started voting Republican,I guess. They now have a Rep. as governor.
Please note that I have no problems with Libertarians. They just never got enough voters to get their person into office & that greatly hurt the state.