Good News: The Senate Minority "Leader" -- who hides in the shadows and orchestrates surrenders while pretending to be a conservative -- will face a well-deserved challenge in Kentucky. Those Constitutional conservatives who are sick and tired of Marxist-Lite policies would do well to consider supporting Matt Bevin. 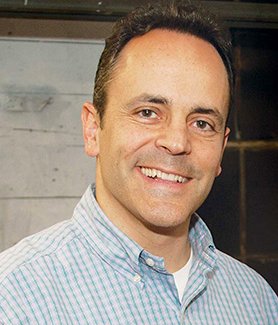 Bevin [isn't very] pleased with today’s congressional Republicans. “Of 535 members of Congress, I would bet there are two dozen truly conservative people,” he estimates. “We are not being well lead in either the House or the Senate in the Republican party.” He does admire Senator Rand Paul (who has endorsed McConnell), and Senator Mike Lee of Utah, and, perhaps most of all, Senator Ted Cruz of Texas. “I love Ted Cruz,” he enthuses. Indeed, “someone like a Ted Cruz” would be his dream pick for a Republican Senate leader to replace McConnell. “I think he could handle it. It would be refreshing.”

In a heated primary, the outspokenly conservative Cruz beat Texas lieutenant governor David Dewhurst, who was the GOP-establishment favorite. The Cruz team slammed Dewhurst as someone who would “go along to get along.” During his relatively short tenure in the Senate so far, Cruz has shown himself more willing to operate as a conservative outsider than a team player. That’s the kind of role Bevin envisions for himself if he is sent to Washington.

Another politician Bevin admires is Representative Thomas Massie (R., Ky.). “Thomas Massie is awesome — I love Thomas,” Bevin gushes. “He’s one of the nine guys who had the cojones to vote against John Boehner” for House speaker, he explains. Massie might not share Bevin’s passion for replacing McConnell, though. Earlier this year, asked about the possibility of a tea-party challenge to McConnell, Massie told Kentucky radio station WFPL: “My advice to people who are frustrated with Washington is that there’s probably a better way to spend your time, effort, money, blood, sweat, and tears than trying to have Senator McConnell unelected. I think there are a lot better chances and better use of your time in terms of changing Washington, D.C.”

Bevin is a veteran and a businessman. This is his first time running, but he's been politically active for decades. His conservative background led to the Madison Project's recent endorsement.