The invaluable James Pethokoukis with the score:

A new study suggests President Obama’s Affordable Care Act might have yet another huge and negative unintended consequence: if low-income adults can get health insurance through Obamacare’s Medicaid expansion, they are less likely to try and get a job — or keep a job. As Public Health Insurance, Labor Supply, and Employment Lock by Craig Garthwaite, Tal Gross, and Matthew J. Notowidigdo puts it:


Our results suggest a significant degree of “employment lock” – workers employed primarily in order to secure private health insurance coverage. The results also suggest that the Affordable Care Act – which similarly affects adults not traditionally eligible for public health insurance – may cause large reductions in the labor supply of low-income adults. … One must exercise considerable caution when directly applying our results to the ACA, but our results appear to indicate that the soon-to-be-enacted health care reform may cause substantial declines in aggregate employment. 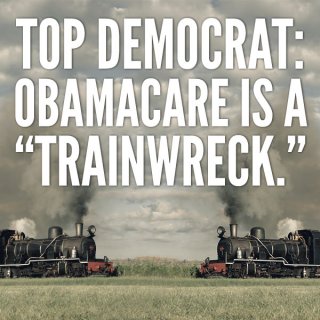 How substantial might the shift from work to welfare be?


...Applying our labor supply estimates directly to this population, we predict a decline in employment of between 530,000 and 940,000 in response to this group of individuals being made newly eligible for free or heavily subsidized health insurance. This would represent a decline in the aggregate employment rate of between 0.3 and 0.6 percentage points from this single component of the ACA.

And the other big finding here is Obamacare could cause an even bigger and costlier move into Medicaid than current forecasts:


Our results suggest a far larger increase in Medicaid enrollments from the ACA than is currently estimated. In 2011, approximately 8.9 million Americans with incomes below 139 percent of the poverty line were covered by employer-provided health insurance. If all states implement the Medicaid expansion, our estimates suggest that approximately 4.2 million of these privately insured individuals will move into public coverage...

...And Obamacare would cause the reverse effect, pushing those getting subsidized coverage to leave the labor force. The result is especially worrisome for the health of working America if you combine it with Obamacare’s possible nudge toward more part-time workers in place of full-time workers.

In other words, the Cloward-Piven destruction of the American economy continues apace.

But, hey: right about now seems like a good time for the Republican-Corporatist Old Boy Network to pass Amnesty for illegal immigrants and destroy even more entry level jobs.

No problem. Plenty of illegal Mexicans to take those low paying jobs.