A single county in the U.S. spends more than $2 billion a year on benefits for illegal aliens

But I'm sure the taxpayers of Los Angeles County don't mind. After all, they most certainly don't need the money themselves.

A projected $650 million in welfare benefits will be distributed to illegal alien parents in 2013, county officials said Monday. 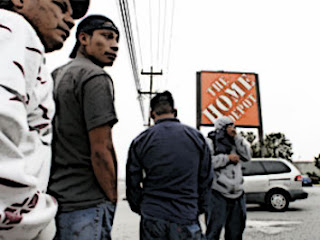 Supervisor Michael D. Antonovich announced the latest figures from the Department of Public Social Services, which showed more than $376 million in CalWORKs benefits and food stamps combined have been distributed through July to illegal alien parents for their native-born children.

Approximately $54 million in welfare payments are issued each month, consisting of nearly $20 million in CalWORKs and $34 million in food stamp issuances, according to the data.

An estimated 100,000 children of 60,000 undocumented parents receive aid in Los Angeles County, according to Antonovich, who said this year’s projections — up about $1 million from the nearly $53 million in total benefits issued in July 2012 — underscore the economic impact of the nation’s immigration debate.

“When you add the $550 million for public safety and nearly $500 million for healthcare, the total cost for illegal immigrants to county taxpayers exceeds $1.6 billion dollars a year,” Antonovich said in a statement. “These costs do not even include the hundreds of millions of dollars spent annually for education.”

With education added in, it's safe to say that the county is spending upwards of $2 billion a year supporting illegal aliens.

So each taxpaying household in the county is spending $1,200 a year -- $100 each and every month -- supporting illegal aliens. But I'm sure there's nothing else they'd rather spend that money on.

Every individual want to know what is happening around us whether it is news or any other updates. We provide all these thing under one paper For any other information contact us :- Nigerian newspaper

I wonder what percent of our federal tax dollars go to support California's welfare system.

No way they are covering it all on their own.